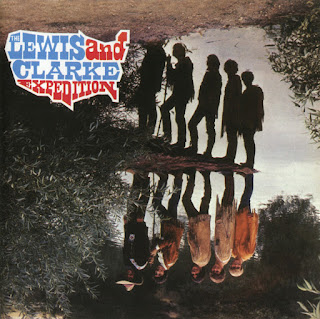 Lewis & Clarke Expedition evolved out of several folk bands operating around Los Angeles during the mid-'60s. Formed by Dallas songwriter Michael Martin Murphey (under the guise of Travis Lewis) with Owen Castleman (performing as Boomer Clarke), the band recorded one LP in late 1967 for the Colgems label then making pots of money off sales of the first two Monkees albums. Not quite a coincidence then, that Lewis, Clarke, and bassist John London were all old friends of country-minded Monkee Michael Nesmith (London even worked as Nesmith's stand-in on the television show).
Well before Nesmith was hired to the Monkees, though, London performed with him in San Antonio as a folk duo, and after moving to California, all four native Texans appeared in a large folk group called the Survivors. Nesmith dropped out because of a commitment to the Air Force, and the remaining trio added guitarist Ken Bloom and drummer John Raines, coming together in 1966 as the Lewis & Clarke Expedition. Since Lewis and Clarke both worked at Monkees corporate Screen Gems as writers, a recording contract with Colgems was a natural.
The band was hyped not only to young girls as another version of the Monkees, but also to older rock fans as a cutting-edge country-rock band that played up their association with Native American elements. Colgems released The Lewis & Clarke Expedition in November 1967, and the single "I Feel Good (I Feel Bad)" was a local hit, though nothing from the band ever charted and they were soon dropped. Michael Martin Murphey, soon to leave Los Angeles to concentrate on his songwriting at a home in the San Gabriel Mountains, wrote a song ("What Am I Doing Hangin' 'Round?") recorded by Nesmith for the 1968 Monkees LP Pisces, Aquarius, Capricorn & Jones Ltd. Owen Castleman played on an album with Earl Scruggs, and later played on several of Murphey's solo LPs, while London played with Michael Nesmith's First National Band, Bloom performed on several folk records, and Raines went on to play with the Dillards.
by John Bush 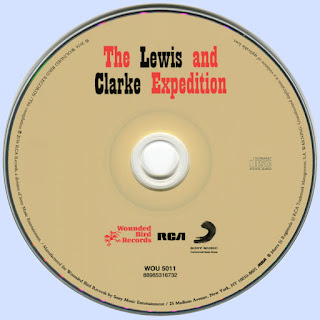