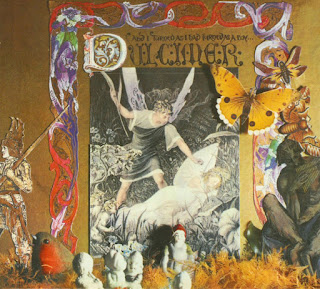 Lyrical, poetic, mystical are just a few of the words used to describe the music of Dulcimer who first appeared on the Progressive-Folk scene in late '60's. Discovered by the award-winning British actor, Richard Todd, playing in a Cotswold restaurant, they were signed by legendary manager, Larry Page, to launch his new Nepentha label. Upon release their debut album picked up encouraging reviews, notably in Melody Maker, who compared them favourably with Simon & Garfunkel. They were particularly well-received in the United States, Holland, Austria and even Japan, where they acquired something of a cult following. A second album was recorded but remained unreleased until years later when it appeared as a collectors’ item.
It was 1970 and we tumbled into a dream. One minute we were playing to bored diners in a Cotswold restaurant, the next we had been ‘discovered’ by actor Richard Todd and whisked off to London to be signed up by the legendary producer and impresario Larry Page, who at the time was also managing ‘The Troggs’ and ‘The Kinks’, Strange that three ‘wet-behind-the-ears’ country lads writing whimsical songs and poetry should now, albeit briefly, become stable mates with two of the biggest rock bands of that era. We drove to London in my beaten up A35 van with Jem at the wheel and instruments crammed in all around us - a motley crew. Dave and I played two of the cheapest six and twelve string guitars on the market, the dulcimer was held together by tape and will power, the mandolin had been glued back together by Dave after an unfortunate car park incident (I had reversed the van over it), while Jem seemed to be constantly wrestling with faulty leads, his temper and an under-powered treble amp for his bass guitar.
n retrospect perhaps it was these perceived instrument deficiencies which helped to give the album its unique gentle and rather fragile sound; that plus the fact that we were seriously under-rehearsed on several of the new songs which included Caravan (specially written to feature Richard Todd), Fruit of the Musical Tree and While it Lasted — fresh from Dave’s fretboard. In addition our music and ideas had developed independently, in tranquility away from the ‘London Scene’.  Landsdown Studio seemed to us to be an exotic grotto of mystery and intrigue. We tuned up, while Larry and Engineer David Baker thrust microphones under our noses and twiddled knobs and dials in the Control Room. We then started to run through a few songs for, what we thought, was a sound check. This seemed to go on for some time until Larry called us in to listen to a play-back of Lisa’s Song. This was the first and only time we heard a track played back and we were amazed when Larry told us that it was ‘a wrap’ ~ but it sounded good so we didn’t argue.
In retrospect this was a very perceptive and clever ruse on Larry’s part to coax a relaxed performance out of us and it gave us confidence for the rest of the recording session. In fact Lisa’s Song was released as the US single. Thereafter Larry’s role as producer mainly consisted of the command ‘Next’ or the request ‘Anything else lads?’ We just kept going and must have put down fifteen or sixteen songs in that one marathon session. Twelve of them ended up going onto the album but the rest are gathering dust somewhere on the shelves of ‘not-to-be’. The majority of the songs were completed in one take and there were no over dubs - just a frenetic swapping of instruments. We were keen to experiment in this new environment but Larry insisted that we kept things simple and natural — he was right again.
Throughout the 1970s Dave and I continued writing, gigging and recording, including several projects at Muff Murfin’s ‘Old Smithy Studios’ in Worcestershire. We tried our hand at more commercial (or so we thought) big production numbers and even a ‘concept’ album with local author Fred Archer entitled A Land Fit for Heroes. Unfortunately, by the time the album was ready for release Fred had moved South and Dave and I had gone our separate ways, so the possibilities for promoting it were, to say the least, somewhat limited!
Late in the decade, and into the 1980s, Dave I and would still get together spasmodically for some recording projects with our old friend Dave Hazelwood at a studio in Leicester. Then in the early 1990s, after being ‘re-discovered’ by President Records, we re-grouped and produced three CDs with Rob Savage at his ‘Ghosts and Nightingales’ Studio in Droitwich, where we were joined by Andrea Blythe and multi-instrumentalist Mike Hooper. Dave and I even collaborated on a musical, “Seeds on the Wind”, based on the short life of Anne Frank. Sadly, although a single recording exists, we never had Andrew Lloyd-Webber worried.
by Peter Hodge 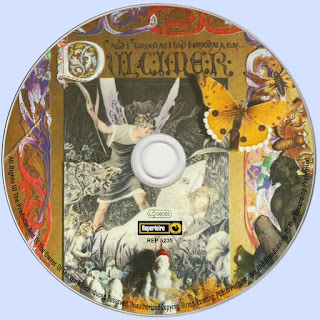