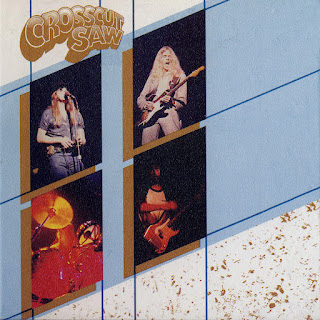 Crosscut Saw was a top draw blues-rock band in Tallahasse, FL, in the mid- to late '70s, thanks to frontman Pat Ramsey, a gifted harmonica wiz and singer, and lead guitarist Julien Kasper. Ramsey was from Shreveport, LA, and began playing harmonica at 17. After hitchhiking around the U.S. for a couple of years, Ramsey ended up in Denver, CO, in 1973, where he joined the Bunny Brooks Blues Band. After contributing blues harp to Johnny Winter's White Hot & Blue album, Ramsey joined Butch Trucks' Florida-based Trucks band. Eventually moving to Tallahasse, Ramsey met a teenaged Kasper and formed Crosscut Saw. Kasper had fallen in love with the blues early, and he had only owned an electric guitar for a year when Crosscut Saw was formed, but his Jimi Hendrix-styled showmanship on-stage (not to mention his considerable chops), coupled with Ramsey's singing and harmonica, made the band a top draw in clubs and bars all up and down the Eastern Seaboard.
Crosscut Saw played the circuit for five years or so, and released a single album, Mad, Bad and Dangerous to Know, on the independent Surprise label in 1975. Ramsey and Kasper stayed in touch after the group disbanded, and their annual Crosscut Saw reunions are still a big draw in Tallahasse. Akarma Records re-released Mad, Bad and Dangerous to Know on CD in 2005.
by Steve Leggett 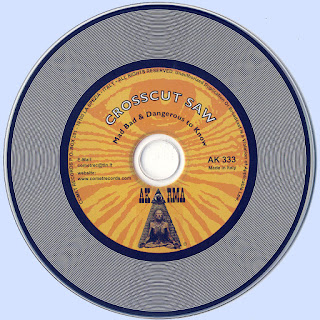