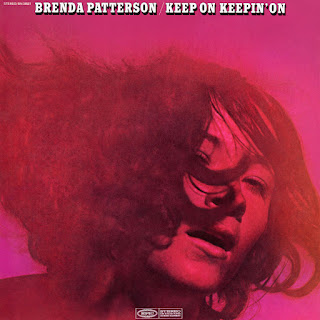 Brenda Patterson is an American blues singer, based in Memphis, Tennessee, United States. Patterson, at the time of her early albums, was married to the songwriter Domingo “Sam” Samudio, and was a backing singer for Ry Cooder and Bob Dylan. During the 1990s and early 2000s, Patterson was part of the Camp Fireboys with Brenda Patterson which changed its name to Cooley’s House in 1999. Cooley’s House released a single eponymous recording of 16 original songs in 1999.
"Keep On Keepin' On" is her debut album, and was released in early 1970 on Epic, and it's also noteworthy that the band playing on the album members of Redbone, who had several hits on their own. Brenda Patterson is one fantastic singer, able to wail with abandon, and hold a note into the stratosphere. Her voice is deep, as well as the songs. 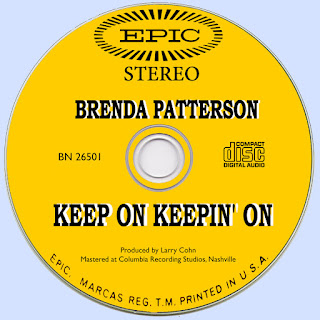