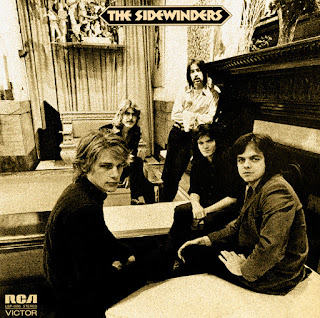 In the backwoods of Biddeford, ME, Catfish Black took first form. The band members were all Harvard University students, hippie style. Upon return to the Crimson Castle, in the fall of 1970, the band began testing the local waters in a handful of college appearances. Itching for big- ger and better things, they sought management. Bassist Ernie Brooks' classmate suggested his girlfriend, Museum School attendee, Wellesley, MA native, Suzie Adams. Lead singer Jimmy Mahoney departed. Drummer Andy Paley reaped vocal responsibilities. At the First Earth Day, held next to Harvard Stadium, backing a group based out of Tennessee's Hog Farm commune, Adams saw Catfish Black magic and agreed to fill the management void. A multitude of college mixers, and endless nights of lead guitarist Eric Rosenfeld, (Paley's childhood friend and songwriting partner) screaming chord changes to not-so-well rehearsed Brooks (A! C! Bb!) followed. What also followed were Marblehead brothers, Neil and Loy Grossman.
The Grossman's game plan was this: Take the band into an MIT Union Hall, record them on a TEAC 2-Track, and shop the tapes. The tape shopping caught Janus Records' eye, but other interesting occurrences happened meanwhile. Ernie Brooks' lackadaisical approach to remembering songs got the band thinking in the direction of possible replacements. The outstanding prospect was local bassist Leigh Razowski. The problem with Leigh was that he was in another band and was quite loyal to his situation. After much persuasion, a paid trip from New York to come to one rehearsal, Leigh agreed to join. Ernie in the meantime persuaded Catfish keyboardist Jerry Harrison to come with. At this time, the band looked like this: Andy was fronting the band. Eric was handling lead guitar. Leigh was on bass. Mike Reed, of Hawaii, an original member (I didn't bring him up yet 'cause he was busy reading) played rhythm guitar. Henry Stern was playing drums in Andy's place. Somehow, Adams got all of them to cut their hair. Next came Richard Robinson.
A New York friend of Paley's, Richard Robinson (husband of the rock columnist Lisa Robinson) visited Boston in the summer of 1971. Robinson was riding high being responsible for the Jaggerz' one hit wonder The Rapper and he booked Catfish Black into some New York City Max's Kansas City dates, the home away from home for Warhol's Factory workers.
Record corporation RCA had recently cleared house and Dennis Katz, manager of Blood, Sweat and Tears, and brother of band member Steve Katz was brought in for A &R. When Katz and RCA president Rocco Laginestra signed an inordinate number of new acts, trying to quell the company's previous buffoonery, Catfish Black (now the Sidewinders) were included. (Note: When the band hit New York, they learned of a band with a too-similar moniker and changed their name to the Sidewinders after a line in Roger McGuinn's Chestnut Mare.) Now the Sidewinders were slated to hit the studio under Robinson's production direction for RCA Records.
A week prior to the studio, Richard Robinson rang and informed the band that he was off to London to produce ol' Lou Reed's first solo LP. He also informed the band that his dear friend, Lenny Kaye, later of Patti Smith fortune, was to fill his shoes. The band was too naive to question the situation. The session got off on a positive note. The new direction of RCA and its enthusiasm helped. Fellow label mate, David Bowie, was among the many who slipped through to check out how things were going. Katz was happy. Andy spent the session saying everything was going to be ok. Keep positive. Eric didn't necessarily trust Lenny. Mike was doing a lot of reading. Henry was trying to adjust to a newly found wealth. Leigh was unavailable for comment. One of those cultural phenomena followed. After an infamous Cambridge Boathouse bash, the album was released to mixed radio feelings and excellent press. Billboard Pick of the Week, and those wonderful reviews in Circus, Creem, Variety and Rolling Stone. The record sold well, ironically, in Texas and some scatterings around the country. The record, however, flopped in general.
Henry Stern and Mike Reed quickly departed after the album's release. After 1,000 auditions, blues keysman Larry Luddeke (Far Cry) and drummer Bryan Chase joined. Xmas 1972, the band returned to live performing but after a couple of gigs it was clear that Luddeke wasn't gelling with the band and Susie was called upon to drop the axe again. As a four piece, Rose, Paley, Razowski and Chase played a couple of shows which are best described as disasters. The band needed another guitar.
The audition worked fairly well in terms of sound but the band was dubious of the man. The Sidewinders were informed that Squier was their newest member not long after. Adams was growing weary and decided it was best to pass the band, taking a secondary position, to a big agency. Really big. She figured about a five-month preparation for a Max's industry showcase for New York management would be appropriate to make the transition. With a Billboard Cross Reference (the Who's Who of What's Who), she began the Sidewinder drive. Jerry Weintraub, Nat Weiss, Sid Bernstein, Chrysalis and Katz, who by now had become Zeppelin's American management rep. All showed up at a Sidewinders' gig and all were very impressed. In a sad turn of events, Squier tried to remold the band. Rose felt his creativity was being squashed and Katz (who knew all the words to the Sidewinders' songs), the band's prospective management, ironically thought Squier had to go. Susie thought it would be best to ease Billy out of the situation, slowly. But Squier's alleged innate ability to dismantle had already crippled the band. The Sidewinders slowly unwound.
by Charles William White III, The Beat 1985 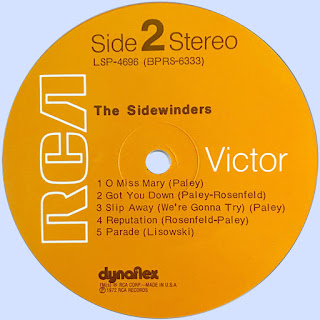