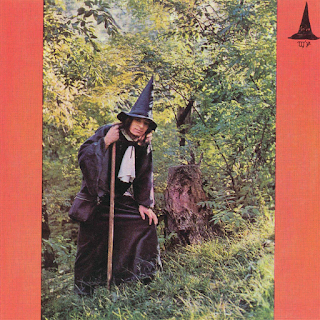 One could make the argument that J.R.R. Tolkien's The Lord of the Rings fantasy trilogy (published 1954-1955) had as significant a formative influence on the emergent hippie generation as did Robert Heinlein's Stranger in a Strange Land (1961) or Joseph Heller's Catch-22 (1961). Certainly you can hear it in the twee archaisms of British folk from the era and in the more whimsical, otherworldly strains of British psychedelia (the Incredible String Band comes immediately to mind), and, in time, it would saturate '70s prog rock. It is right there, too, as a catalyst in American folk-rock (perhaps Simon & Garfunkel's "Scarborough Fair/Canticle," probably the Byrds' "Renaissance Fair") and Baroque pop (Sagittarius' Present Tense, Love's "Forever Changes"), and ultimately in its acid folk (Perry Leopold's dark masterpiece Christian Lucifer).
But Chris Wilson took the inspiration to its logical extreme on The Grey Wizard Am I. His nom de guerre, appropriated from the novels, is the ultimate homage, while many of the lyrics on the album were directly inspired by Tolkien's imaginary landscapes as well, and even by some of his characters. The remainder convert the ins and outs of Wilson's bohemian life in Greenwich Village into a sort of fantasy world of its own. And it is all quite delightfully, if earnestly, done -- or, to be less precious about it, The Grey Wizard Am I is often a transfixing, bewitching little relic, particularly on such songs as "My Elven Home," "Go and See," and "Sunshine Down the Line."
It's not likely to have a wide appeal -- anything this eccentric, unworldly, and chimeric, no matter how well done, probably has a limited audience -- and there is not a great deal of melodic variation from song to song to push it into the upper echelon of similar recordings. Nevertheless, The Grey Wizard Am I is a lovely little pastry for fans of obscure '60s and '70s folkadelica, ideal music for playing dress-up to, or for daydreaming.
by Stanton Swihart 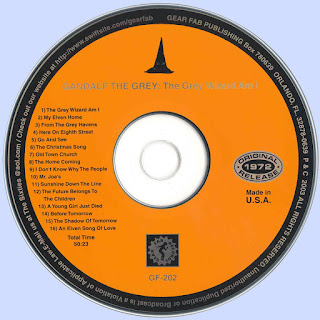