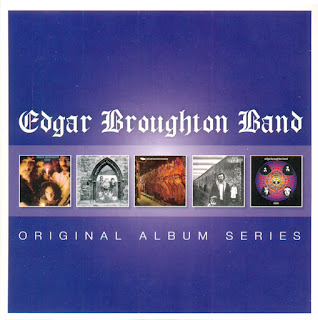 The debut album by British free-festival favorites the Edgar Broughton Band almost literally re-created the spirit of their natural territory -- a muddy field full of sunbaked hippies -- with eight more or less epic tracks that, though their inspiration has long become the stuff of ancient history, remain essential listening to all but the most jaded ears. All maniacal cackle and frenzied riffing, the band's first single, "Evil," and the brutal bellowing of "Love in the Rain" are the most conventional numbers in that they were certainly written as crowd-pleasing stompers in the days before "Out Demons Out" established itself as the Edgar Broughton Band's all-consuming anthem.

More impressive, however, are the numbers which see the band stretching both their capabilities and their audience's expectations -- the lengthy opus "Dawn Crept Away," the evocatively titled "Death of an Electric Citizen," and, best of all, "American Boy Soldier." Ranking alongside Black Sabbath's "War Pigs" as British rock's finest contribution to the Vietnam War, it is a Mothers of Invention-esque piece that blends sneering spoken word with a delightfully doo wop-ish invocation of all that war really has to offer and all that its servants leave behind. "Shot down from my plane/Never be the same again/I was just 16 years old." As jaggedly metallic as it is theatrically ambitious, Wasa Wasa (an Eskimo phrase meaning "from far, far away") stands alongside early albums by the Fairies, the Deviants, and Hawkwind as a dramatic snapshot of a very special moment in time, as the whimsical hopefulness of the late '60s gave way to the chilled cynicism of the early '70s. And, while the band would certainly produce better songs over the next three years, they never again unleashed such a potent mood.
by Dave Thompson

Sing Brother Sing almost equals the psychedelic cohesiveness and insouciant air of the Edgar Broughton Band's debut album, but, even without doing so, it still stands as their second strongest release. All the songs on Sing Brother Sing wallow in a hippie-ish, kick-backed experimental blues-rock style, extenuated to perfection by Broughton's resonant grumble and vocal staunchness, and surrounded by chem lab mixtures of guitar and bass. The group's peculiar instrumental outputs give odd tracks such as "There's No Vibrations but Wait," "Momma's Reward," and the two parts of "Psychopath" progressive rock-type tendencies with a homemade wit, which would be the band's most daunting characteristic outside of Edgar Broughton's singing.

Although the Captain Beefheart and Frank Zappa comparisons are unavoidable, the rest of Sing Brother Sing's facets and odd instrumental avenues emit a distinctness that remains the whole album through. The quaint but humorous English air that encircles "Officer Dan" and "Old Gopher" reflects Broughton's adept satirical approach, maybe without him even knowing it. Held together with elements of jazz, rock, and blues, the music on Sing Brother Sing is captivating because of its raw integrity, and in its refusal to adhere to structure, formula, or to travel a beaten path.
by Mike DeGagne

The most conventional of the Edgar Broughton Band's first (and best) three albums, 1971's Edgar Broughton Band finds the group dispensing with the no-holds-barred mania and theatricality responsible for such classics as "Out Demons Out," "Up Yours," and "Apache Drop Out" and concentrating instead on more musical endeavors. It's an approach that arguably captures the band at their very best at the same time as revealing them at their ugliest. The two-part epic "For Dr. Spock" conjures images of Gong, as it drifts closer to space rock than the Edgar Broughton Band had hitherto ventured, while "House of Turnabout" certainly restates the group's free-freak credentials with its rumbling percussion and scything guitars, a second cousin to the roars that punctuated Wasa Wasa and Sing Brother Sing.

The heart of Edgar Broughton Band, however, lies elsewhere. The lilting chant "Thinking About You," with its spectral reminders of John Lennon's "Working Class Hero," is certainly one of their most rancorous concoctions, while "Evening Over Rooftops" rides an acoustic guitar as pretty as its flowery lyric, but you know there's something rotten squirming just below the surface, even if you can never quite put your finger on it. The pure pop backing vocals, all "sha-la-la" and "doo-be-doo-be-doo," of course, only add to your unease. And, as that is merely the opening number, you can guess what you're in for over the rest of the album long before you actually get it.

The Broughtons' fifth album has never been as well-regarded as its predecessors, although that has more to do with timing than with the record itself -- by 1973, after all, the Broughtons' brand of post-hippie revolution was feeling just a little tired, particularly in the face of the glam scene that had emerged all around, and no matter how strong the songwriting and performances remained, there was still a sense of too little, too late. Which was colossally unfair. No, Oora isn't a patch on either Wasa Wasa or Sing Brother Sing. But it was an improvement on the previous year's Inside Out, and a handful of its contents -- notably "Exhibits from a New Museum/Green Lights" and "Roccococooler" -- could rub shoulders alongside any of the band's earlier, better-feted material. Indeed, the sheer diversity of Oora flies defiantly in the face of anybody hoping to pigeonhole the band with its past reputation, as Oora reveals a tight, concise, and extraordinarily melodic band whose members had clearly been listening to Neil Young as much as the Mothers of Invention, and weren't afraid to prove it.
by Dave Thompson 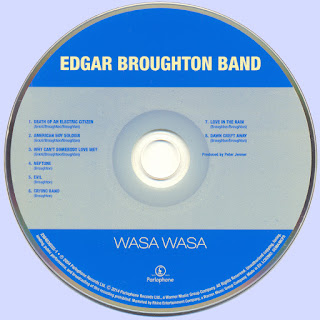 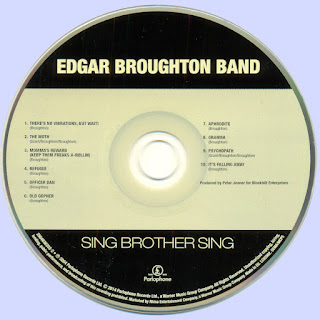 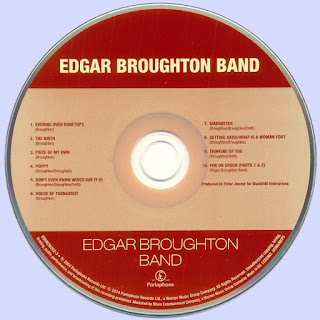 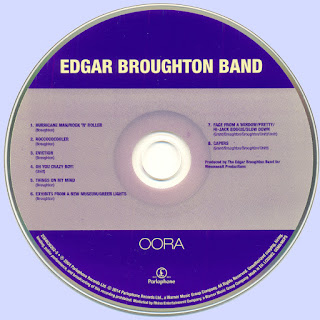