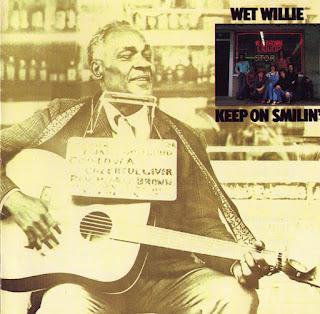 The five original members of Wet Willie, all from Mobile, Alabama, came together in 1969 and soon realized they had something special. Jimmy was out front, a triple threat on lead vocals, sax and harmonica; as one writer said, “Jimmy Hall was who Mick Jagger wanted to be!” Ricky Hirsch played guitars and wrote or co-wrote much of the band’s material, with Jack Hall, Jimmy’s brother, on bass, Lewis Ross on drums and John Anthony on keyboards.

The band relocated to Macon, Georgia in 1970 where they were signed by Phil Walden’s Capricorn label, and got right to work on their self-titled first album. Upon its release later that year, Wet Willie began a relentless touring schedule, and soon became known as one of the hardest working bands of the Southern Rock era. As they put it, they “opened for everyone from A to Z: Allman Brothers to ZZ Top!”
Wet Willie Music

Keep on Smilin' is the definitive Wet Willie studio album, bluesier than a lot of their other work, and much of it also somewhat more laid-back. Beginning with "Country Side of Life," the band sounds tight, tuned, and in top form.

Their playing is clean and crisp, and the vocals exude a bold confidence. The hit title track is a compelling reggae-country meld that's one of the more interesting and long-wearing country-rock hits of its period. It's surrounded by gospel-flavored material and also one of the neater Stax-influenced tracks ever put down by a white band, "Soul Sister," which is also a great showcase for the Williettes.

Other highlights include the acoustic country ballad "Alabama," a major change of pace for this band with some clever lyrical conceits; the ultra-funky "Soul Jones" (which manages to work in a quote from the Allman Brothers), and the soulful rocker "Lucy Was in Trouble," which became a key part of the group's concert sets. The 1998 Capricorn remastering has an especially full sound, improving significantly on the original LP.
by Bruce Eder 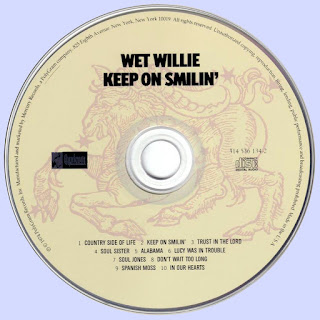