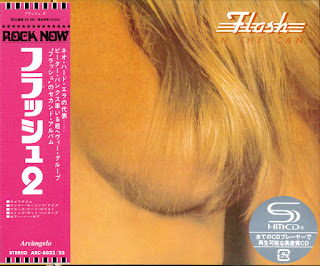 While listening to the first notes of Lifetime, the opening tune from In The Can (1972) the second album of the British band Flash, I realized that this was the first time since the seventies that I listened to a Flash-album. The band made three albums altogether. They’d released their eponymous debut album earlier in 1972. The third one, Out Of Our Hands, was released in 1973. Not only the music on these albums was exceptional; the album covers caught the eye as well featuring titillating sexy body parts of women.

Nowadays, not so many prog heads know that Peter Banks, the original guitarist of Yes, was one of the founding members of Flash and he was predominantly responsible for the band’s sound. After two albums with Yes: Yes (1969) and Time And A Word (1970), he was forced to leave the band to make room for Steve Howe whom the band thought to be a better musician. Besides, on the eponymous debut album of Flash we discover another ex-member of Yes. Tony Kaye played the keyboards, but left the band to tour with David Bowie, whereupon he started his own band Badger.

If you listen to Lifetime, the first track of In The Can, you can without doubt hear the typical Yes-sound. This song even features guitar parts that might have been taken from Yours Is No Disgrace, a song from The Yes Album (1971) that Yes made after Banks had left and Howe had joined. On this second Flash-album Ray Bennett plays the Rickenbacker-bass just like Chris Squire did in Yes. And just like Chris he also had a leading role in the music performed. The high-pitched vocals of Jon Anderson have been imitated by lead singer Colin Carter in a way.

Together with Ray Bennett he also sang the harmony vocals similarly as we can hear on the many albums released by Yes. On this album the keyboards don’t have a prominent role; occasionally we hear some synthesizers played by Mr. Banks. It has to be said that I didn’t miss the keyboards that much; the songs are strong enough to enjoy without them. Even the short drum solo by Michael Hough at the beginning of Stop The Banging gets my approval although, in general, I don’t like drum solos. The A- and B-side of a single released in 1973 add some extra time compared to the original release. The single is a shorter version of Lifetime plus the song Watch Your Step on the flip side. The latter has a nice and poppy tune and sounds in fact radio-friendlier than the A-side.
by Henri Strik 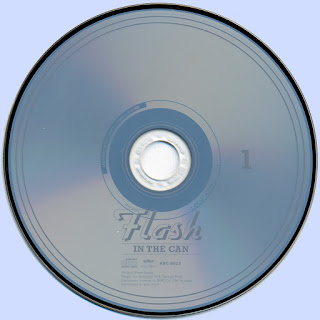 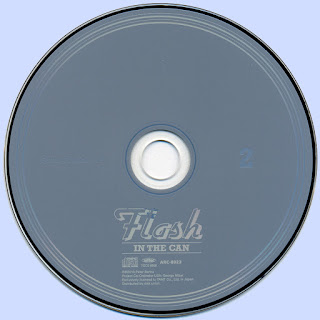