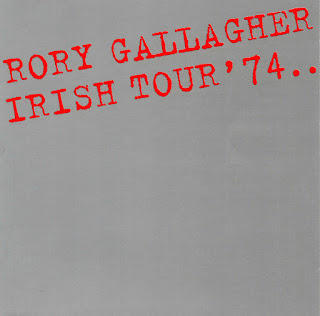 Perfectly capturing the live connection between the audience and performer, ‘Irish Tour’ is not the only one of Rory Gallagher’s best loved albums but is surely one of his greatest live albums ever released. Recorded in 1973 at Belfast’s Ulster Hall, Dublin’s Carlton Cinema and Cork’s City Hall the album shows Rory putting in performances of awe inspiring power, that after 30 plus years still make you yearn to be there, in the audience.
In 1974 the ‘troubles’, as they were known, were tearing Northern Ireland apart. Most artists refused to play Belfast, concerned about the all too frequent violence that could erupt. Rory was one of the few performers who could bring both sides together, unifying the crowd through his music. A recent article in a Belfast daily newspaper stated “Rory Gallagher never forgot Northern Ireland, he returned throughout the 70’s when few other artists of his caliber dared not come near the place”.
The tour was filmed by Tony Palmer, first envisaged as a TV film, it soon became clear Palmer had a movie with mass appeal. When released in 1974 the film played extensively in the U.K. then spread to Europe, eventually touring along side Rory in America.
The songs featured on ‘Irish Tour’ are mainly chosen from Rory’s previous releases. However the album does feature some cover versions of songs by artists such as J.B. Hutto, Tony Joe White and Muddy Waters, who Rory had worked with previously that year. The band live-up for the tour consisted of Rod De’Ath (drums) Lou Martin (keyboards) and Gerry McAvoy (bass).
Rory was renowned as a live performer, anyone who saw him play or who’d brought the 1972 ‘Live In Europe’ album knew his reputation was justified. He enjoyed success with his previous five releases, constant touring and plaudits from the press. On ‘Irish Tour’ the maturity forged by his musical development and the belief in his own abilities is palpable. Each member of the band shared the passion and understanding for the music they played, anticipating Rory’s mood and flow perfectly.
Throughout ‘Irish Tour’ the guitar tome is outstanding, colourful and hard-hitting, while maintaining a controlled sensitivity. Rory constantly demonstrates his incredible guitar technique. It’s worth mentioning his skilful backing chord work, volume control and his switching of tone, which deepen the musical expression of the album.
by Shu Tomioka 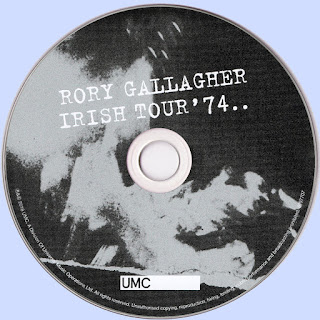