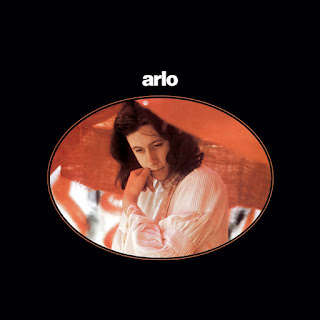 Arlo Guthrie was still prone to long story-songs and occasional humorous introductory monologues on his second outing. Three of the seven tracks last for longer than five minutes, though none remotely approach "Alice's Restaurant" in epic length. Recorded live at the Bitter End, it shows Guthrie starting to adapt more wholeheartedly to folk-rock instrumentation, with a full if subdued band including drums and keyboards.

"The Motorcycle Song" should please those looking for more comic narratives, as should "The Pause of Mr. Claus," most of which is actually a spoken monologue that does finally lead up to fairly funny punchlines. In a more purely musical vein, he touched (mildly) upon ragga-rock on "Meditation (Wave Upon Wave)," with tabla by Ed Shaughnessy. Arlo Guthrie was managing to establish himself as a folk-rock talent with an identity quite distinct from his famous father, not an easy feat.
by Richie Unterberger 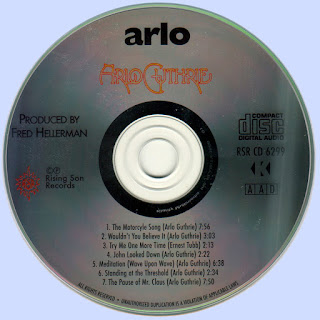 Free Text
Just Paste
Posted by Marios at 11:42 AM