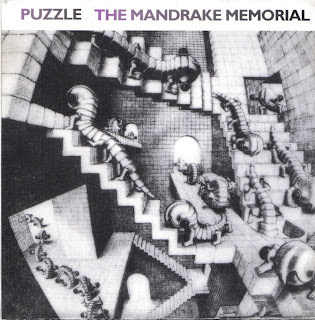 Along with the Nazz, this was one of Philadelphia’s top bands throughout the late 60′s. Prior to Puzzle, they released two good rock albums that had a vague Doors influence, mixing keyboards with guitar oriented psychedelia. Puzzle, released in 1969, is an extremely challenging album that is not recommended to those who are into song oriented pop. It’s also a very progressive album that mixes classical/avant garde elements into a dreamy soundscape.

The album is really a mood piece, with plenty of strange moments including one track devoted to a choir of children praying while Whisper Play has, you guessed it, whispers amongst a classical backdrop. Randy Monaco croons throughout the album and there is the occasional guitar freakout, one heard at the end of the 9 minute instrumental Bucket of Air. The reoccuring theme, Just a Blur is a nice, short trippy piece of acoustic music that hints at a concept.

For the era, the Puzzle album is somewhat long, clocking in at around 50 minutes. The real meat of the album lies within the songs. Earthfriend and Hiding are so ambient and so full of great sound effects that they predate a style of psychedelia that Spacemen 3 pioneered throughout the late 80′s. Ocean’s Daughter is another great, menacing song, being a trippy psychedelic ballad with studio trickery and light orchestration. The song characterizes the album itself: confused, dark and unsettling on one hand but alluring and full of beauty on the other. Even the album cover art is really weird and demented, featuring a well known painting with chrome plated maggots inching their way up an endless flight of stairs.

While not for everyone, Puzzle shrouds itself in a velvet mystery. It’s a totally unique experience within the world of pyschedelia that sounds completely unfamilar!
by Jason Nardelli 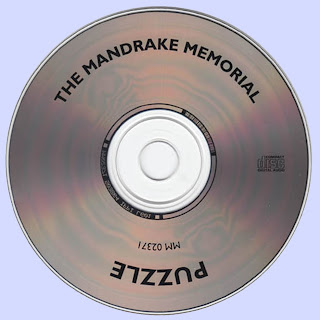