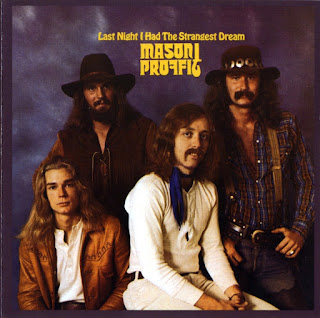 Though this album sank without a trace when it was released, time has been kind to Last Night I Had the Strangest Dream, and it is now hailed as a work of genius. Justifiably so, since every track is proof of a band with wonderful instincts for melody and how to frame a musical idea. Mason Proffit was an ensemble that played a blend of music that was more country than rock, with occasional folk and blues influences to make things interesting. Though a few of their songs were straightforward love songs and celebrations of country virtues, many were uncommonly sophisticated for 1971.

The song "Jewel" is a pure tearjerker, a sad tale of a young black woman who is used and abandoned by a wealthy white man. The tragic story is set to a weeping steel guitar and is sung in a voice that sounds anguished, and it is a marvelously affecting track. The title track and "Eugene Pratt" are noteworthy for their gentle insistence that something is wrong with the society in which we live, and something should be done about it immediately.

Other bands were experimenting with country-rock but never achieved this subtlety and grace, and there was a whole genre of protest music which lacked those same two attributes. The fact that both were in the same package, but were ignored at the time that they were released, is just a darn shame. This band's catalog cries out for a re-evaluation and re-release, starting with this album.
by Richard Foss 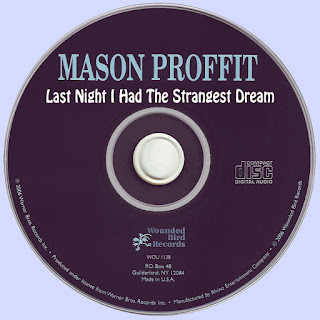 Free Text
The Free Text
Posted by Marios at 9:03 AM