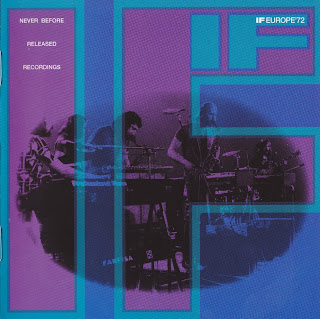 The "Europe ’72" album serves as both a timely reminder of a great band and also fills the gap left by the studio albums. "Our performance on those albums was never quite right. We'd record a new song but they'd only start to develop once we’d played them on gigs." Jim agrees: "This captures the essence of the 'live' band. There's one track on here that Dick wrote called "What Did I Say About The Box Jack?" that we used to play at every gig. On this CD it goes on for about twenty minutes. We used to tag things on and it became longer and longer!" The strange title comes from an episode when the band were recording the song for their first studio album. Lew Futterman's friend Jack McDuff was in the control booth and they were having a heated discussion.

Lew's voice suddenly came over the PA saying: "What did I say about the box, Jack?" Well, you work it out. Some of the songs like "Waterfall" were first heard on the album "If 4" but these are all different 'takes.' The band's main soloists are featured in turn. Dick plays an extended flute solo on "Waterfall" and John Mealing plays piano on "The Light Still Shines" followed by Morrissey on soprano sax; Terry Smith gets stuck into an angular guitar solo on "Sector 17" and Dick plays tenor on "Throw Myself To The Wind" and more flute on "I Couldn't Write And Tell You".  John Mealing switches to organ for "Your City Is Falling" which also provides a drum feature for Dennis Elliott. Everyone gets to shine on "What Did I Say About The Box Jack?" which also has a powerful blues vocal from John Hodkinson. The demise of the original If was hastened when Dick Morrissey became ill in the Summer of 1972 and the band came off the road.

Dennis Elliott went on to join Foreigner which became hugely successful, while Mealing and Richardson left to pursue separate careers. John Hodkinson sang with Darryl Way's Wolf ("Night Music" LP, 1974). He later returned to his home in Manchester where he still sings locally. Jim played in the house band at London's Talk Of The Town venue for a few years, and also toured with Georgie Fame.

Dave Quincy formed new group Zzebra with Terry Smith which included Loughty Amao (flute and tenor sax), Gus Yeadon (piano and vocals), Liam Genockey (drums) and John McCoy (bass). They released the "Zzebra" album in 1974, then Terry left to go to Sweden with Dick where they lived with their families for a while. Dick later revived If for the final albums "Double Diamond" (1973), "Not Just Another Bunch Of Pretty Faces" (1974), and "Tea Break Is Over, Back On Your Heads" (1975). The following year Dick began working with guitarist Jim Mullen in Morrissey/Mullen. Dick also did some work with Herbie Mann and the Average White Band in New York.
by Chris Welch, London, 1997 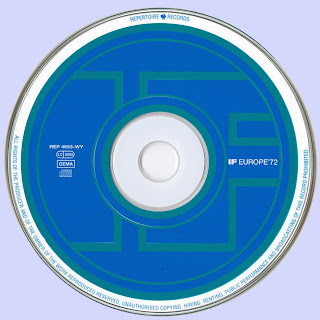