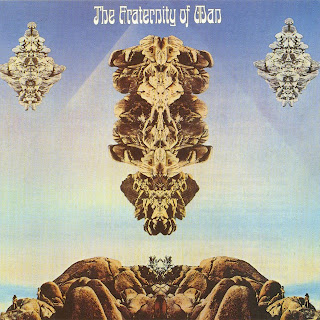 The short-lived Fraternity of Man is undoubtedly best known for the pro-pot anthem "Don't Bogart Me," which showed up during an unforgettable scene in the genre-defining biker film Easy Rider (1969). The original quintet included an overhaul of the Lowell George-led Factory, featuring Martin Kibbee (bass), Warren Klein (guitar/sitar/tamboura) and Ritchie Heyward (drums/vocals).

George split and became a very temporary Mothers of Invention member, while the other three joined up with Freak Out (1966) era Mother Elliot Ingber (guitar). The personnel was completed with the addition of Lawrence "Stash" Wagner (vocals/guitar) and the band recorded its 1968 self-titled release Fraternity of Man.

Another Frank Zappa connection could be found in the guise of Tom Wilson, who produced the Mother's earliest studio efforts. As one might anticipate, there are several prominent musical dynamics carried over into the Fraternity of Man from its former incarnation. The stoner wake-n-bake anthem "In the Morning," as well as "Blue Guitar" and "Plastic Rat" retain the psychedelic garage rock that pervaded much of the Factory's sound.

The band's variation of Zappa's "Oh No" -- titled "Oh No I Don't Believe It" -- is a gassed-up rocker replete with Ingber's nimble lead fuzz fret work. Those decidedly more belligerent outings are contrasted by the intricate and Baroque qualities of "Wispy Paisley Skies" and the aforementioned steel guitar-driven "Don't Bogart Me."

However, the comfortable misfit rockers "Candy Striped Lion's Tail," "Field Day," or the slightly perverse R'n'B-flavored "Bikini Baby" are among the best sides on the album.The latter was revived on the utterly dismissible dash for cash EP titled X (1995).
by Lindsay Planer 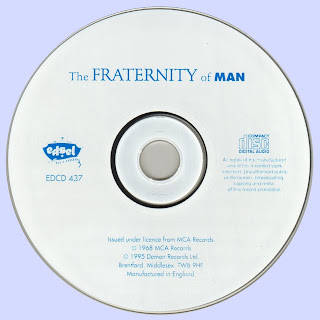