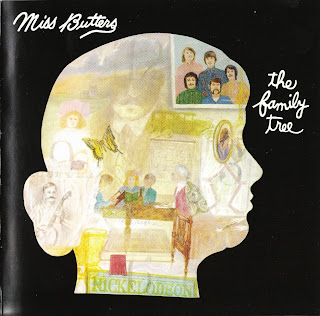 It’s great to see an album like Miss Butters finally getting the reissue treatment it deserves. The Family Tree was the product of the genius of Bob Segarini, and their only album is a fantastic and interesting conceptual piece with tunes as memorable as any Broadway musical (only really cool).

This record is a must for any Nilsson fan, not alone for some of the similar feels, it was recorded at the same studio as Aerial Ballet, using the same arranger for orchestra parts, same producer, and Harry even wrote a track. A Nilsson album in spirit, but unlike anything he was capable of creating. The Miss Butters recording is superb in its production, the equal of any Beatles record, and soars with string arrangement, backing vocal, and complex song structure.

Previously, Miss Butters was presented in an unapproved stereo mix on vinyl. The CD reissue has remastered audio from the master tapes presented in original mono (and really, really nice sounding). This is a masterful reissue from Revola for a record that truly deserves it. Bravo.
by Brendan McGrath 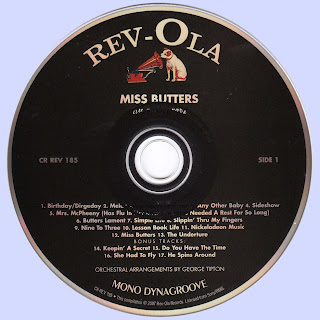 Free Text
Text Host
Posted by Marios at 5:31 AM