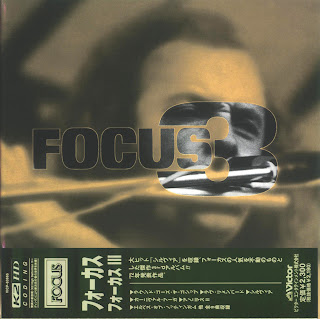 Riding on the success of their hit single "Hocus Pocus" from the revolutionary Moving Waves album, Focus got to work on this, their third LP in four years. While the debut album featured a style not too dissimilar to the Bonzo Dog Doo Dah Band, Focus' second LP, Moving Waves, was purely instrumental and wholly serious-minded.

Focus III kept this same sound, but approached it with a jollier, more accessible tone. As with its predecessor, Focus III featured only one tune that would have a chance of being a hit single. The enjoyable rhythm of "Sylvia," partnered with Jan Akkerman's victorious guitar solo, some of Van Leer's finest organ work, Bert Ruiter's tight basslines, and Pierre Van Der Linden's mellow drumming, assured the track classic status. "Sylvia" found worldwide success and gained the band valuable radio and press exposure.

The song remains one of the most loved and best remembered songs from Focus' catalog. The consistency in musical quality throughout Focus III is enough to merit any listeners' respect. To be frank, this LP has it all: diverse songs, astounding musicianship, one of the finest singles ever released -- Focus III should unquestionably be ranked alongside the likes of Revolver, Dark Side of the Moon, and any others of rock's greatest.
by Ben Davies 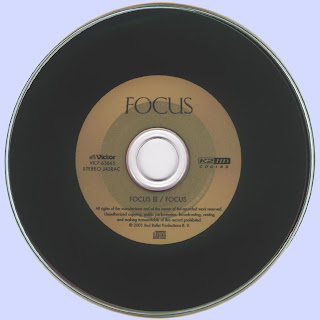 Free Text
the Free Text
Posted by Marios at 2:03 PM