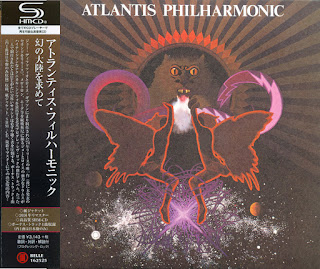 While in high school Joe DiFazio began taking classical music lessons. Graduating high school he applied to and was accepted to Ohio's Baldwin-Wallace College's music program. College opened up the door to the world of rock and roll and just two semesters short of graduating, DiFazio quit school in order to play keyboards for a Canadian Beatles cover band.

Interested in finding a way to meld rock with his earlier affection for classical music, in 1974 DiFazio decided to strike out on his own. Recruiting percussionist Royce Gibson, the pair began writing and recording material. Unable to interest a major label in their efforts, the pair eventually released the DiFazio and Perry Johnson produced "The Atlantis Philharmonic" on their own Dharma label.

Taken as a package, it makes for a fairly impressive debut. Even more so when you consider it was recorded independently and with minimal financial resources. Following the album's release DiFazio and Gibson toured the Midwest extensively, though plans to record a pair of follow-on albums never saw fruition. 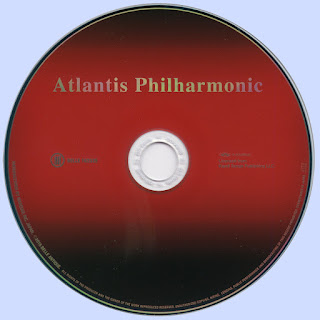 Free Text
the Free Text
Posted by Marios at 8:03 PM