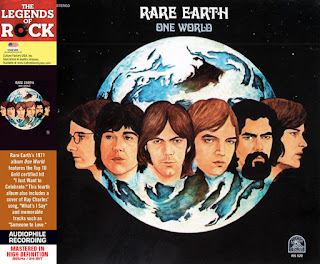 One World followed almost exactly a year after Ecology, and yielded another hit single in a longtime classic, "I Just Want to Celebrate." The song peaked on the pop charts at number seven and the album broke the Top 50.

One World is an underrated album produced by Tom Baird with a long version of "What I'd Say" by Ray Charles, and original cuts like "If I Die", a remarkable song written by Rivera since the prospect of a soldier at war (supposedly from Vietnam) about to die ... rain is falling on my head, pretty soon I might be dead, the end is here, Lord, it's plain to see, I guess my country's made a fool of me .... which could be interpreted by Crosby, Stills & Nash.

"Any Man Can Be a Fool" rhythmic, melodic rock composition with soul influences by the bassist John Persh in which it speaks of the wise advices of his mother, or "The Seed", another great theme by Pete Rivera with funk rock, jazz rock and blues traces and a phenomenal synergy between first-rate instrumentalists and outstanding solo guitarist Ray Monette ... tell me where will it go from here . 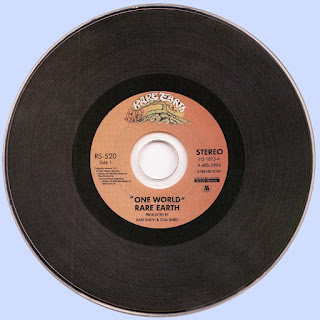 Free Text
Text Host
Posted by Marios at 11:26 AM