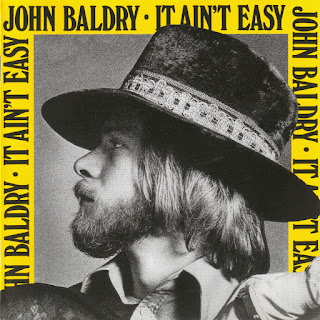 Most folk who remember “Long” John Baldry at all recall only his chart-topping single of 1967, the maudlin crooner ballad “Let The Heartaches Begin”. But if the mettle of a performer is measured by the affection and respect of his fellow professionals and their willingness to participate in his art, then this album is a testament to a musician who’d been an industry favourite from his earliest days as the original vocalist and occasional guitarist with Alexis Korner’s pioneering Blues Incorporated. To proffer just two examples, the virtually unknown Baldry was an invited guest on the Fabs’ 1964 international TV spectacular “Around The Beatles” – which is where I first heard him – and is credited in Elton John’s “Someone Saved My Life Tonight” after he dissuaded John from suicide following the latter’s distraught realisation of his sexuality. Himself openly gay, dazzlingly handsome and at six foot seven a magnificent, elegant figure, Baldry’s talent deserved wider commercial success than it ever achieved.

After his misguided, though briefly successful, flirtation with middle-of-the-road music Baldry angled to get back to his folk-country-blues roots and in 1971, via former Steampacket and Bluesology colleagues Rod Stewart and Elton John, signed with Warner Brothers for whom he would cut two albums, It’s Not Easy being the first. The then nascent rock superheroes Stewart and John produced one side of the album each, and the result is a mildly schizophrenic opus with the Stewart topside comprising mostly rollicking bluesy outings and the John flipside more thoughtful, soulful fare. Baldry’s warm, abrasive tenor delivery makes the best of both. The lists of musicians also signify the esteem in which Baldry was held; among many other front-liners, the Stewart sessions feature Rod’s old muckers Ron Wood and Mickey Waller from the erstwhile Jeff Beck Group, while the flip includes Elton himself on piano plus his early sidekick guitarist and organist Caleb Quaye. The eclectic list of writers includes Baldry’s original muse Huddie “Leadbelly” Leadbetter, Tuli Kopferberg of the Fugs, Lesley Duncan, Randy Newman, the John/Taupin axis and Stewart himself.

The opening recitative “Conditional Discharge”, in which Baldry wryly relates an encounter with the Metropolitan Police during his Soho busking days over an effortless boogie-woogie piano backing, segues brilliantly into the thunderous “Don’t Try To Lay No Boogie Woogie On The King Of Rock And Roll” with everybody in the band rocking out like there’s no tomorrow. Baldry’s faithful homage to Leadbelly on “Black Girl” is a duet with chainsaw-voiced chanteuse Maggie Bell over piano, Dobro and mandolin, whilst the title track is a rolling country boogie with Bell again in tow and a great Delaney-And-Bonnie vibe. “Mr Rubin” is a beautifully understated piano-led take on Duncan’s plangent appeal to the militant Yippie founder. The final track of the original ten is a splendid extended cover of the Faces’ “Flying” with great piano from Elton and soaring, gospel-inspired ensemble backing vocals.

The album sold sparingly in the US and barely at all in the UK, and received its first CD reissue only in 2005 when Warners put it out with a clutch of bonus outtakes and a panegyric booklet note by Sid Griffin. The extras included alternative, less-produced takes on three of the originals plus four delightful classic acoustic blues covers which contrast with the densely-produced originals and showcase Baldry’s voice and guitar in a setting otherwise unadorned but for an anonymous harmonica player (Stewart?). The second and last Warner album Everything Stops For Tea in 1972 made no showing and Baldry’s career thereafter was uneven and mostly unedifying, with continuous health problems, and sporadic, patchy albums and live appearances alternating with commercially more successful placements as a bit-part actor and voiceover specialist. He relocated to Vancouver in 1978 and died there from pneumonia aged just 64, just a month after this album was reissued.
by Len Liechti 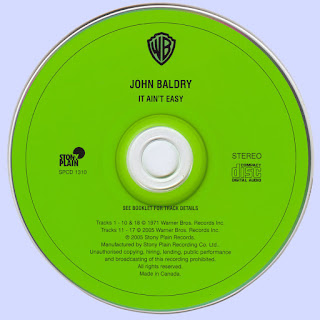 Free Text
the Free Text
Posted by Marios at 5:45 PM