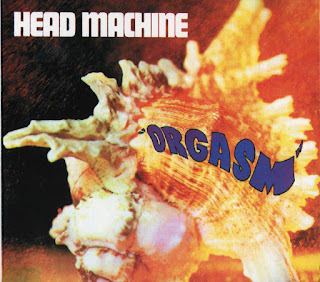 Their music was accented heavily toward crushing rhythms, with the Poole brothers providing a distinctive multi-layered backdrop to Leslie's alternately mythological or humor-based lyrics. Their sole album, Orgasm, was released in 1969 but failed to build a commercial profile. The band eventually morphed into Toe Fat and later Uriah Heep, after the bandmembers had returned to their more famous billings: Leslie, aka Ken Hensley; Leadhen, aka John Glascock; and the Poole brothers, aka Brian Glascock and Lee Kerslake.

Ken Hesnley said:
Head Machine was contract project it was just project that somebody paid me to write some songs. In this case the producer came to me and said, “Would you write some songs? I’ll buy these songs from you. I wanna use them for this specific project”. And so that’s what I did — sat down and, you know, scratch down. 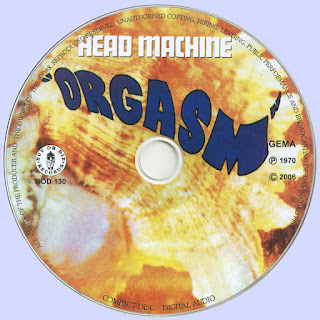 Free Text
the Free Text
Posted by Marios at 6:49 AM