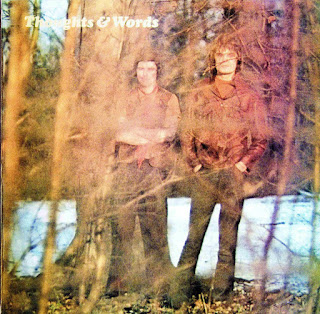 Bob Ponton and Martin Curtis met at primary school where they formed the first band and later played around the youth clubs in Gravesend ,until they met Ray Jenns and Dennis Jenns .The brothers had a rock n roll band Bob and Martin joined Ray and Dens band which later turned into the Pandas. On the bands first record release they changed the name to Pandamonium after the demise of Pandamonium they formed the duo Thoughts and Words.

In mid-’68, five years and three singles into their career as Pandamonium, Bob Ponton and Martin Curtis were fed up. Their history, covered comprehensively in No Presents For Me (RRCD106) saw them at the epicentre of London’s psychedelic folk scene and hanging out with the likes of Davy Graham and Sandy Denny and the other Fairport members.The duo, fed up with the way they had been treated and supported by Denny and producer Joe Boyd, decided to go it alone.

They’d built up songs and confidence, so Ponton decided to contact his old work mate, Andrew Lauder who was in charge at Liberty. After hearing the material, Lauder placed the duo in the tender care of rising producer and head of A&R, Mike Batt. The duo’s delicate, wistful songs gave Batt an ideal opportunity to hone his talents as an arranger and producer, as well as the album’s pianist.

Thoughts and Words is a largely upbeat collection of melodic, pensive songs, so unlike the psychedelic rock vibe that had prevailed in their late ‘60s output. The duo decided to name the album after a track on the Byrd’s album Younger Than Yesterday, but were surprised to learn that they had been given the name too! The sound is warm and soft - and so is the music. A great folk album. Thoughts and Words also released a single on Marabo records in 1974 titled Its Allright Baby a Bob Ponton song.
Team-Rock 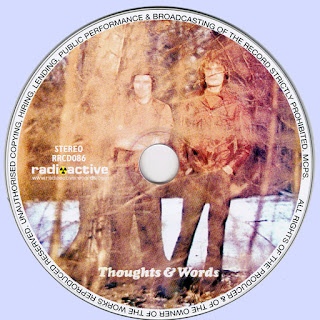