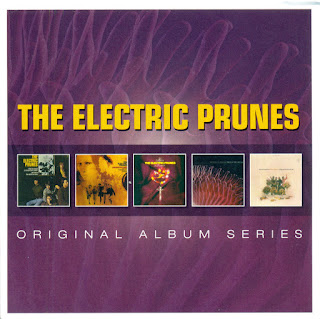 As the throbbing buzz of Ken Williams' tremolo-laden fuzztone guitar creeps from one side of the stereo spectrum to the other, the Electric Prunes kick off their debut album with their first (and biggest) hit single, and if Electric Prunes: I Had Too Much to Dream (Last Night) never hits the high point of its title track again, the next 11 songs confirm that these guys were in the first echelon of American garage bands of the '60s. In the grand tradition of most garage rock albums, the best tracks on this disc are the singles, which along with the title track include "Get Me to the World on Time" and the surprisingly effective B-sides "Luvin'" and "Are You Loving Me More (But Enjoying It Less)," but the other tunes are more than just filler. On nearly every song, Williams and fellow guitarists Weasel Spagnola and Jim Lowe spin a web of gloriously strange sounds, making the most of a battery of stomp boxes, and bassist Mark Tulin and drummer Preston Ritter provide a solid, percolating backdrop for their faux-psychedelic soundscapes.

Producer David Hassinger would in time become a bad guy in the Electric Prunes' story, but on these sessions he gives them a great studio sound, specious but full of details, and at its best this album does as well by its three-guitar team as Moby Grape's epochal debut. And if songs like the weepy soft rock number "Onie," the phony Brit-folk of "The King Is in the Counting House" and the goofball nostalgia of "Toonerville Trolly" suggest Hassinger didn't always know what sort of material to fit with the band (who were only allowed to record two of their own songs), the Prunes rise to the occasion no matter what's thrown at them (and Jim Lowe's vocal suggests he knew just how ridiculous "Toonerville Trolly" would sound). While the Sonics and the Litter made more consistent albums, few if any bands from the '60s garage came up with a sound as distinctive as the Electric Prunes, and they got it on tape with striking success on I Had Too Much to Dream (Last Night). [The album was also released with two bonus tracks: "Ain't It Hard" and "Little Oliver."]

According to Electric Prunes members Jim Lowe and Mark Tulin, producer Dave Hassinger enjoyed enough success as a result of the group's early hit singles and their subsequent debut album that he was too busy to spend much time with them as they were recording the follow up, and that was arguably a good thing for the band. While Underground didn't feature any hit singles along the lines of "I Had to Much to Dream (Last Night)," it's a significantly more consistent work than the debut, and this time out the group was allowed to write five of the disc's twelve songs, allowing their musical voice to be heard with greater clarity. As on their first LP, the Electric Prunes' strongest asset was the guitar interplay of Jim Lowe, Ken Williams and James "Weasel" Spagnola, and while they became a bit more restrained in their use of fuzztone, wah-wah and tremolo effects, there's a unity in their attack on Underground that's impressive, and the waves of sound on "Antique Doll," "Big City" and " "Children of Rain" reveal a new level creative maturity (though they could make with a wicked, rattling fuzz on "Dr. Do-Good").

If Underground ultimately isn't as memorable as the Electric Prunes' first album, it's a matter of material -- while the outside material that dominated the debut was sometimes ill-fitting, it also gave them some stone classic tunes like "I Had Too Much to Dream" and "Get Me to the World on Time," and the band themselves didn't have quite that level of songwriting chops, while the hired hands didn't deliver the same sort of material for Underground. Still, the album shows that the Electric Prunes had the talent to grow into something more mature and imaginative than their reputation suggested, and it's all the more unfortunate that the group's identity would be stripped from them for the next album released under their name, Mass in F Minor.
by Mark Deming

Their third LP, Mass in F Minor, was a quasi-religious concept album of psychedelic versions of prayers; a definitively excessive period piece, its best song ("Kyrie Eleison") was lifted for the Easy Rider soundtrack. None of the original Prunes were still in the lineup when the band dissolved, unnoticed, at the end of the '60s.
by Richie Unterberger

The second album on which composer David Axelrod and producer Dave Hassinger usurped the name of the Electric Prunes (the band which recorded "I Had Too Much Too Dream Last Night" had long since split -- their names and likenesses are nowhere to be found on this LP) is much less notorious than its predecessor, Mass in F Minor. This is a shame, because it's actually the better album by far. Mass in F Minor is a halting, muddy attempt at combining rock and classical instrumentation, an idea that's better explored on Release of an Oath (which is, according to the liner notes, based on a centuries-old prayer called the Kol Nidre).

Songs like the liturgical "Holy Are You" and the mostly instrumental "General Confessional" combine swirling string and woodwind parts with heavy guitar and organ in a more organic and cohesive fashion than before. Musically complex and intriguing without being nearly as pretentious as a capsule description might indicate, Release of an Oath is a remarkable piece of early American progressive rock. Be aware, however, that it's quite brief even by '60s standards: the whole thing is over in 24 and a half minutes.
by Stewart Mason

Just Good Old Rock and Roll by the Electric Prunes has an ominous "the new improved" before their name on the cover of this effort, and despite original producer Dave Hassinger's contributions none of the original band members from the first two discs or the live album from 1967 are here.
by Joe Viglione 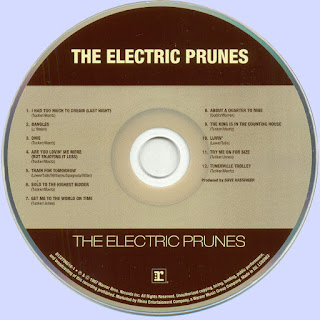 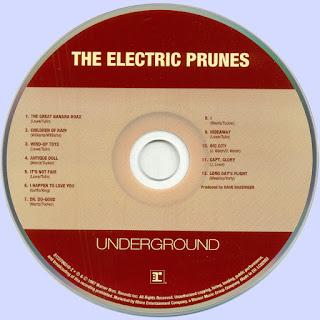 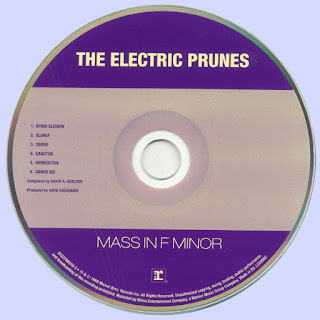 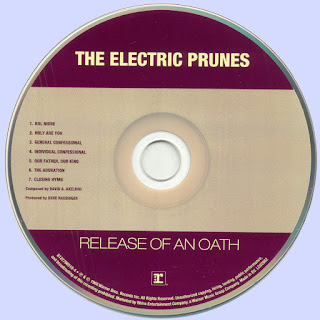 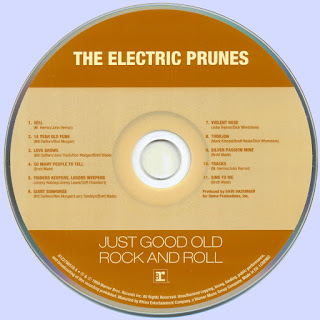 Free Text
Text Host
Posted by Marios at 4:28 AM