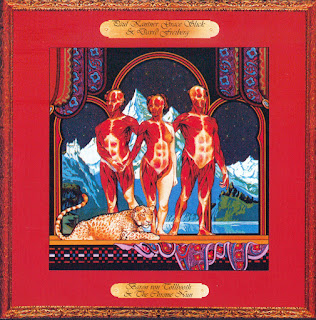 I am amazed at how much music the members of the Jefferson Airplane produced in the early 1970s, both within the group and especially their various side projects. Paul Kantner, produced the classic album, Blows Against The Empire in 1970 and he and Grace followed that with Sunfighter in 1971. 1973 would find Kantner, Grace Slick, and David Freiberg uniting to record the music that would form this album.

Baron von Tollbooth and The Chrome Nun, which were nicknames given to Paul Kantner and Grace Slick by David Crosby, may not be the grand science fiction epic of Blows Against The Empire but the music is strong and has a haunting and even beautiful quality to it while the lyrics are philosophical and even playful in nature.

Grace Slick shares equal billing with Paul Kantner. She wrote or co-wrote six of the ten tracks and her vocals are for the most part memorable. “Ballad Of The Chrome Nun” and “Across The Board” find Grace at her post Airplane best. The first is almost a perfect performance. Written with David Freiberg, the music is catchy, the vocal superb, and the lyrics sarcastic yet playful. The second is a powerful and sexy performance from a now mature performer. If I can’t have the Grace Slick of “Somebody To Love” and “White Rabbit,” this one will do fine. “Fat” is just a cut below the first two and contains some of the most beautiful and moving music that she would create.

At this point Paul Kantner was producing some of the best lyrics of his career. “White Boy (Transcaucasian Airmachine Blues)” finds him expressing his thoughts about life and the future yet the song retains elements of hope. Likewise “Walkin” written with Grace Slick is a song about looking back and ahead. “Flowers Of The Night” written by Jack Traylor returns the album to the spirit of revolution.

While Baron von Tollbooth and The Chrome Nun would not be a huge commercial success, it does contain some of the best music of Paul Kantner and Grace Slick’s career. It is definitely worth seeking out and I will not be returning it to the shelf any time soon.
by David Bowling, January 24, 2009 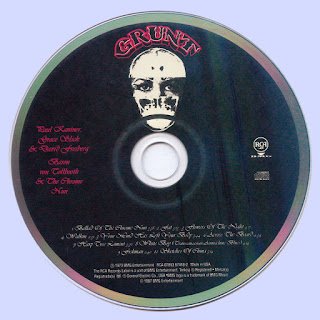