Crowbar - Memories Are Made Of This (1970-72 canada, great hard blues roots rock) 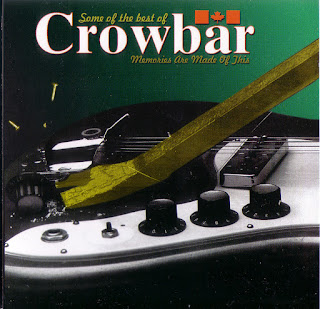 Crowbar. Rock band, formed in the summer of 1969 as And Many Others to accompany Ronnie Hawkins. Taking the name Crowbar, and making its base in Ancaster, near Hamilton, Ont, it left Hawkins early in 1970 after one LP and several US appearances, then backed individual members Blake 'Kelly Jay' Fordham, John Rutter and King Biscuit Boy on record. King Biscuit Boy's album Official Music and single 'Corrina, Corrina' were the most successful releases.

Crowbar's rousing rock, blues and boogie made it one of Canada's most popular touring bands of the early 1970s. It appeared in Great Britain but otherwise made little impact outside of Canada, perhaps the result of the strong nationalistic fervour that characterized its performances. Disbanded in 1975, it was revived in 1977 for a tour of eastern Canada and again by Kelly Jay and others intermittently during the 1980s for club work in southern Ontario.
Canadian-encyclopedia 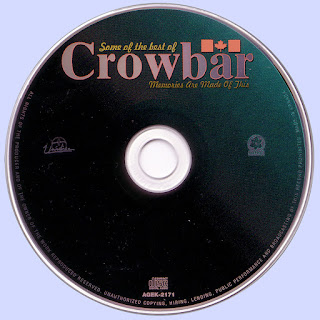 Free Text
the Free Text
Posted by Marios at 8:21 PM