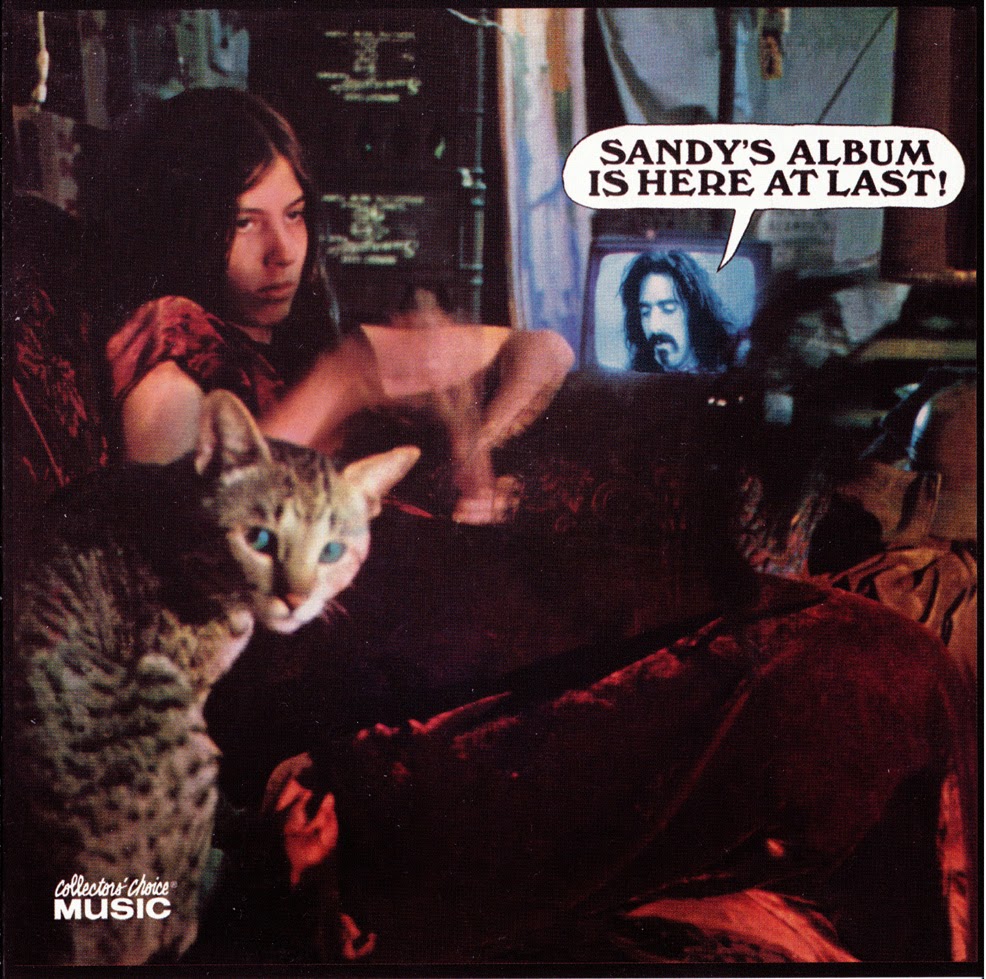 Philadelphian Essra Mohawk is best known as the answer to the trivia question: “Who was the first female Mother (of Invention)?” She joined Frank Zappa and the band in 1967. Her name was Sandy Hurvitz back then, although Zappa dubbed her “Uncle Meat” for obscure reasons.

But Mohawk had been in the music business for several years before her association with the Mothers at age 19. She recorded a single for Liberty when just 16 years old (“The Boy with the Way”, b-side “Memory of Your Voice”) and wrote songs recorded by the Shangri-Las and Vanilla Fudge. In 1969, Mohawk, nee Hurvitz, put out her first solo album, Sandy’s Album Is Here at Last!, on Zappa’s Bizarre record label. The record went basically unproduced (fellow Mother Ian Underwood is credited) and suffers from poor sound quality and other technical issues. Collectors’ Choice has recently reissued this album and Mohawk’s next two releases, Primordial Lovers (1970) and Essra Mohawk (1974).

Critics frequently compare Mohawk with other female singer songwriters from her era, especially Laura Nyro and Carole King, because all three write piano-based jazz rock that frequently concerns issues of Mother Earth spirituality and distaff loneliness. However, the three have distinct personalities and anyone with even a glancing familiarity of the musicians could easily discern their differences. Mohawk is the most, um, out there. What would one expect from the original woman Mother? Conventionality? Her songs meander all over the place and use serial repetitions rather than hooks to catch the audience.

Sandy’s Album Is Here at Last! offers many great examples of this eccentricity, some of which may be due to the fact that it was released on the Bizarre label and was unproduced, not to mention the record was released during the height of the psychedelic era. Song titles such as “Arch Godliness of Purpleful Magic”, “All This Time Going By”, and “Tree of Trees” suggest the acid logic that informs the music. However, these three tracks are playful, heartfelt, and original. Contemporary fans of Devendra Banhart and the Dirty Projectors would do well to seek this disc out. The tinny production may be off-putting, but just like the way a blues collector loves the sound of a needle and static cutting a groove in an old 78 rpm recording, the sonic limitations function to make lyrics about hawks having sex, turning on and tripping, the holiness of trees, and such more authentic. Mohawk performs mostly unaccompanied, and the amateur nature of the recording makes the sentiments seem more real.

Although Primordial Lovers came out only a year later on Reprise, it sounds much more modern. The pristine sound quality showcases Mohawk’s unusual vocal style—she often swoops and ululates for effect—and this time she has serious players behind her that includes drummer Dallas Taylor, from Crosby, Stills, Nash & Young’s band, and Rhinoceros’s guitarist Doug Hasting. (Mohawk wanted to join Rhinoceros but her manager, Herb Cohen, wouldn’t let her.) The songs on this album are more conformist than that of her previous album, but are still adventurous in their lyrics and arrangements. Her “I Have Been Here Before” was the inspiration for David Crosby’s “Déjà Vu”. In Mohawk’s song, she spends more than six minutes searching for the source of the familiar through chanting and radically changing time signatures as a method of exploration. Primordial Lovers has had a reputation as one of those great records that no one has heard. In 1977, Rolling Stone ranked it as one of the “Top 25 Albums of All Time.” While that may seem an overstatement, the record’s charm is easily recognizable.

Mohawk’s self-titled third album may be her most conventional. She covers the George Gershwin “Summertime” in a bluesy way, and only one of the 11 original tracks clocks in at more than four minutes, and that one (“I Cannot Forget”) is only four minutes and 24 seconds long. The lyrics are more sedate as well, frequently about love between a man and a woman. Yet Mohawk still takes risks and sings the odd lyrics about life and death, nature and transcendence, faith and reason, etc. The Elektra album comes off as quirky (“My right hand has six fingers”) more than weird.

Mohawk continued to make music after these records, and has written songs that have been recorded by Cyndi Lauper, Tina Turner, Lorrie Morgan, Keb’ Mo’, and many others. Mohawk also was the vocalist on School House Rock songs “Interjections”, “Sufferin’ Till Suffrage”, and “Mother Necessity”. None of these three albums were successful upon release, and Collectors’ Choice should be applauded for re-releasing them.
by Steve Horowitz 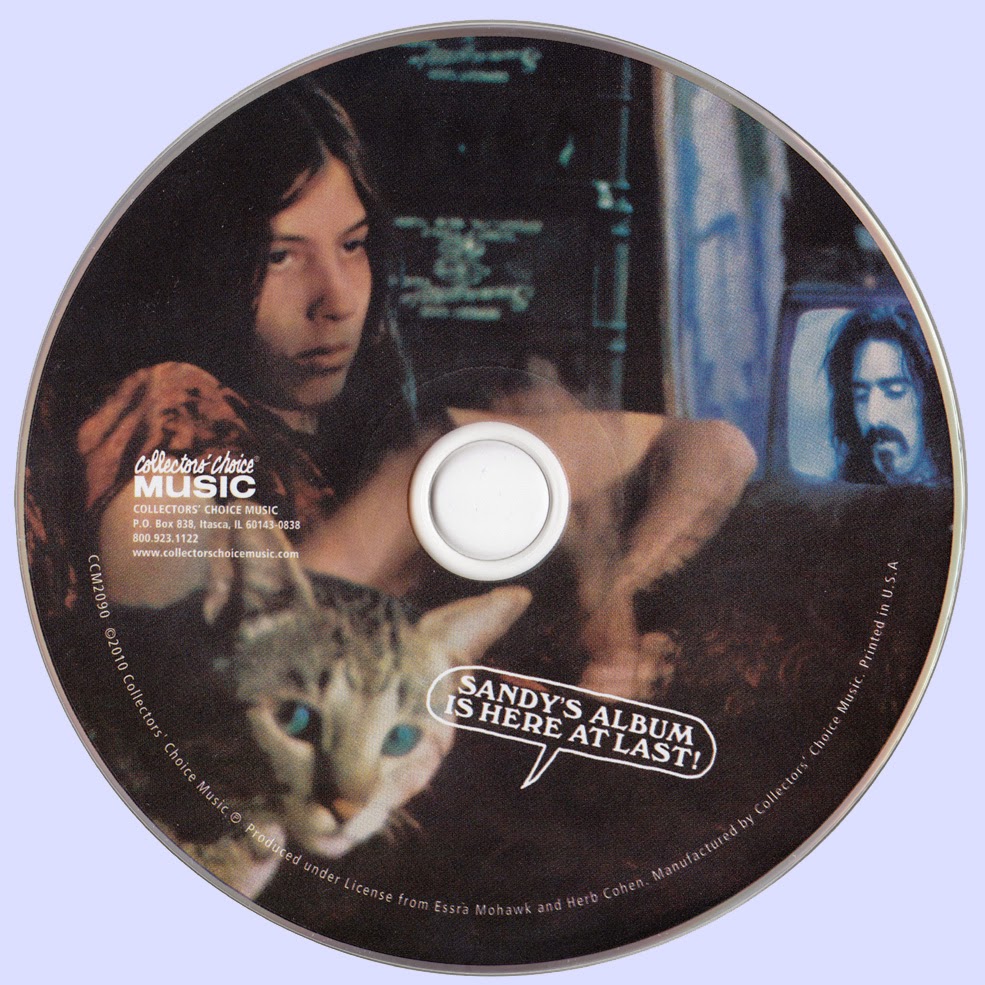 Free Text
Text Host
Posted by Marios at 8:11 AM