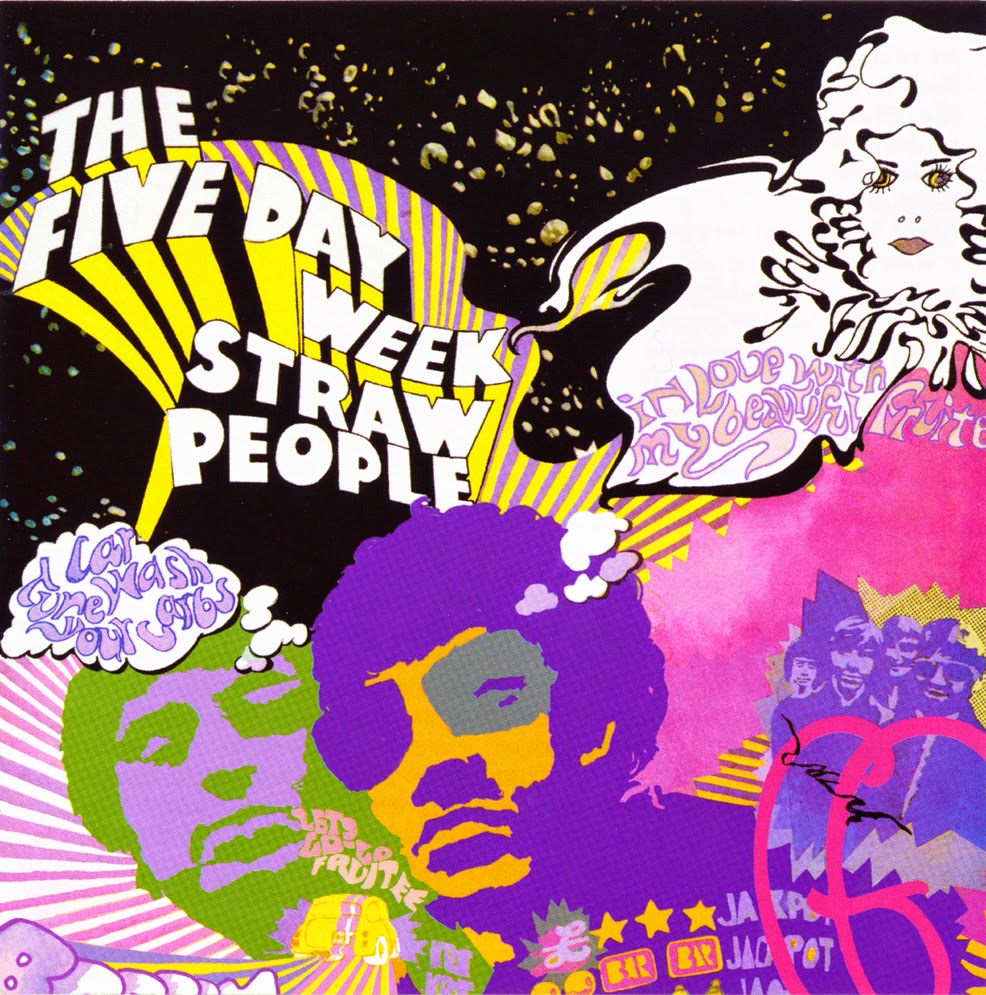 A collectible psychedelic album from this one-off studio-only group consisting of UK songwriters, The Five Day Week Straw People was originally on Saga Records and features your standard British underground psychedelia, laced with some Pretty Things and the Attack.

That’s fitting since the Straw People included the Attack’s John Du Cann on lead guitar and vocals, along with David Montague and Guy Moascolo on guitar and vocals, bassist Mike Hawksworth, and One in A Million drummer Jack McCulloch.

The lead-off title track sets the dreamy hazy mood for all of the tunes, though a bit of sameness tends to creep in on the whole record, which is heavy on the echo and wah-wah guitar — in particular on “Sunday Morning.” “I’m Going Out Tonight” is a very Attack-sounding track, and perhaps the best track here — in particular because of John Du Cann’s handling of the lead guitar
by Steve Elliott 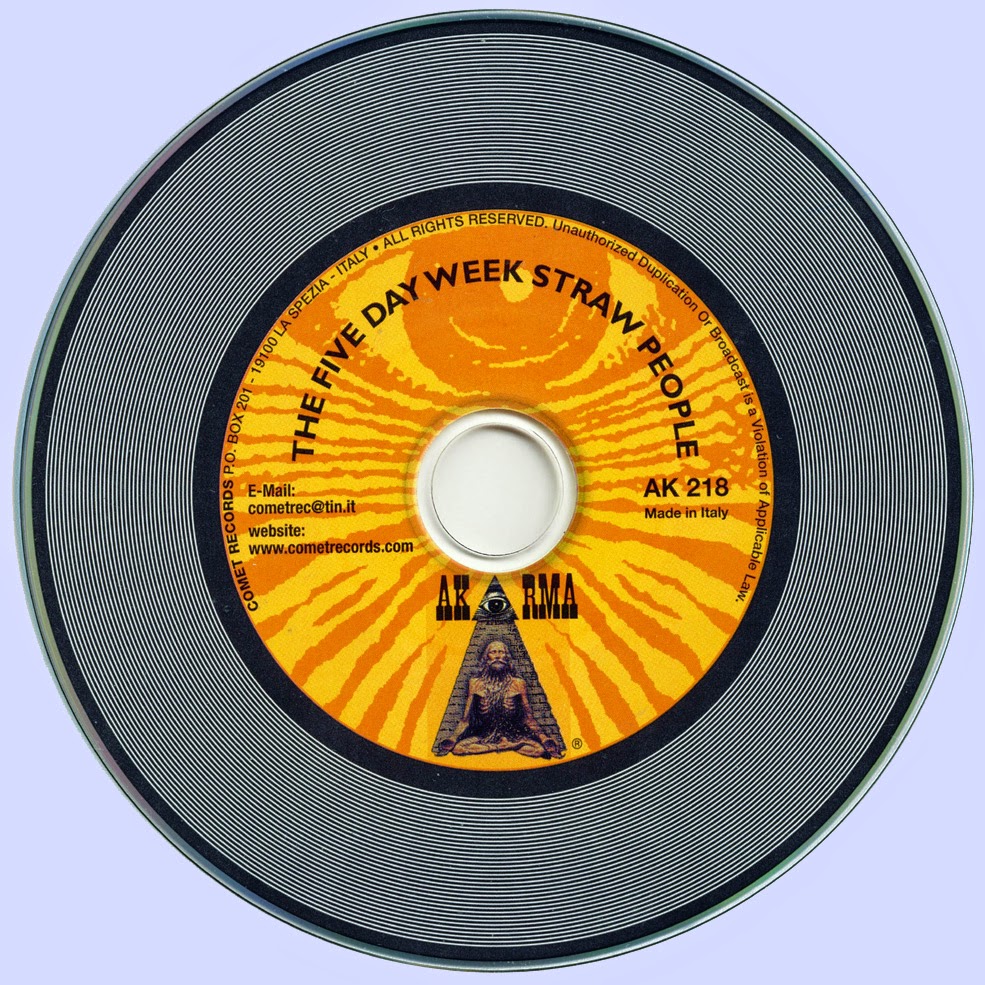 Free Text
Text Host
Posted by Marios at 8:23 AM