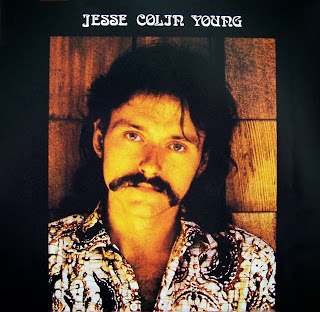 Although it was his fourth solo album, Song for Juli was Jesse Colin Young's first full-fledged effort under his own name, following a couple of early folk records, a series of Youngbloods albums, and the tentative Together.

In his lyrics, Young hewed closely to the current back-to-the-land philosophy, celebrating his family life (Juli is his daughter) and his "Ridgetop" retreat in Marin County, CA. It was a viewpoint that was both self-affirming and xenophobic -- you couldn't help thinking that the people he wanted to leave him alone and the tourists he wanted to keep at bay included at least a few of his listeners.

Of course, that's not the way it was thought of at the time, and Young's fans responded strongly to Song for Juli, giving it a higher chart placing than any album the Youngbloods ever made and keeping it in the charts longer than any album he ever made.
by  William Ruhlmann 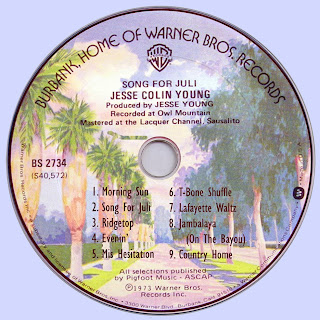 Free Text
the Free Text
Posted by Marios at 10:10 PM