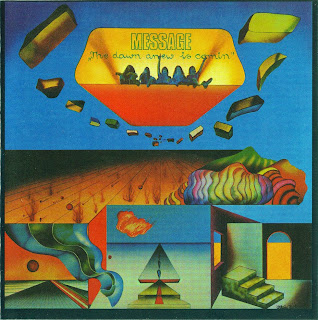 This was a German-British band led by Allan Murdoch. The story of Message is quite similar to that one of Nektar: in the early seventies they released some excellent, refined progressive rock albums, spanning from lyrical, melodic folk-rock over to heavy guitar outbursts.

Their music was supervised by the well-known Bacillus recording team of Peter Hauke (label manager, producer) and Dieter Dierks (studio owner, engineer). The crew that recorded The Dawn A New Is Coming (1972). Only the rhythm section of this group was German! Taff Freeman from Nektar contributed with vocals and mellotron on one track. Overall, it was an excellent album with the title track and "When I'm Home" being the highlights - a very obviously British melodic progressive rock.
from "A Guide to German Progressive and Electronic Rock" 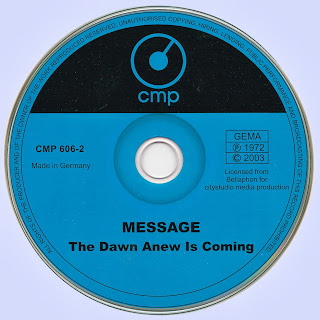 Free Text
the Free Text
Posted by Marios at 6:02 PM