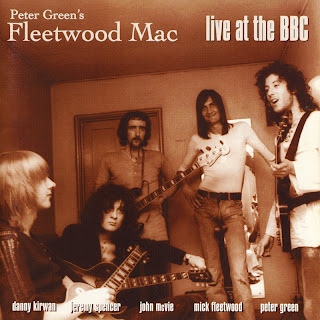 After many years of wailing I am proud to be able to present to you an incredible selection of Fleetwood Mac songs found deep from within the archives of the BBC. I searched tor a way in this first release to portray the magic of those early Fleetwood Mac days and to also show a very different side of the hand that many of 'you may not have even known existed.

This journey into my past was one that has not only reconnected me with main personal memories, hut one that has given me insight; a reminder of why the passion of playing has stayed with me for all these years. Now you may be asking who all these young players are? We are Peter Green. John Mc-Vie. Jeremy Spencer. Danny Kirwan and Mick Fleetwood. In simple language, we were a group of young Englishmen who assembled themselves around one person - Peter Green.

Even looking back now it amazes me how Peter's vision came through his music, and how that vision helped to create, and to leave behind an incredible feast of work. These BBC recordings may for the first time allow many of you an insight into Peter's live performances with Fleetwood Mac. Peter was a player with passion, a special touch and incredible talent. He was a player I am proud to say I was able to play drums with!

Jeremy Spencer, now how does one describe this tiny man of 5 feet 3 inches with the power of a giant. As you will hear on these recordings. Jeremy brought not only his love of the blues (which is demonstrated with his passion for Elmore .lames), but also his obsession for rock and roll, a side of him that in many ways would leave its imprint on the band's history. While performing live Jeremy always had a sense of f u n with the music.

I only wish that some of these sessions had been caught on film, for seeing was believing this crazy man on stage, Lest we not forget, he was also one hell of a slide guitar player. John Mc-Vie and myself I put together, for we are still just that - together. Musically he is a Bass player that has an innate ability to be there always in the right amounts and at the right time.  His sense of knowing is still very- often my guiding light.

Danny Kirwan was to join the original four members of Fleetwood Mac and to add a freedom to our music. This freedom of having 3 guitars was something especially Peter had found the need to explore. On these tapes you will certainly hear that musical magic between Peter and Danny. I believe there was an innocence in Danny that lent itself to the bands journey into the world of harmonies and melody.

In the end I think it is fair to say that all five original members contributed their own musical steps to the dance that was Fleetwood Mac.
I hope you like myself, enjoy the spirit of these BBC recordings.
by Mick Fleetwood 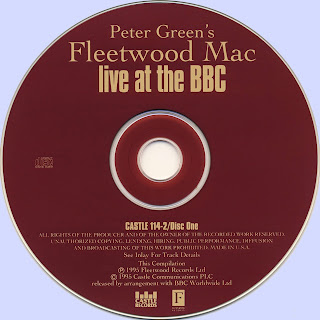 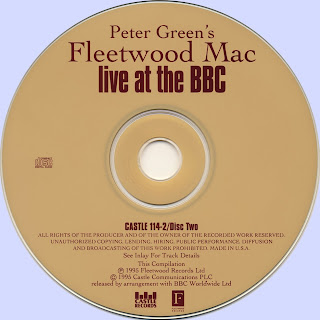