The Fraternity of Man - Get It On! (1969 us, superb garage psych blues folk rock) 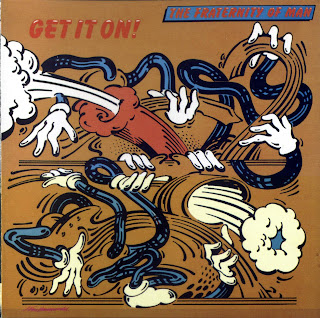 Fraternity Of Man is the band that forms the link between Frank Zappa and The Mothers, Lowell George & The Factory, Little Feat, and Captain Beefheart and His Magic Band. In its short period of existence between these ancestors, relatives and descendants, the band managed to record two albums, 'Fraternity Of Man' in 1968, and 'Get It On' in 1969, before fragmenting.

Elliott Ingber had joined the fifth lineup of The Mothers in time to participate in the recording of their first album 'Freak Out' in August 1966, the landmark double album produced by Tom Wilson. According to Zappa, he had to fire Ingber at the end of 1966, and in the course of 1967 the guitarist linked up with Warren Klein, Martin Kibbee and Richard Hayward, who had been three quarters of The Factory. Along with fourth member Lowell George, The Factory had been recording (with Zappa producing) in the latter half of 1966 and early 1967. (See the Edsel Records CD by Lowell George and The Factory 'Lightning Rod Man'

With the inclusion of Lawrence 'Stash' Wagner (rather than George) on lead vocals, Fraternity Of Man set about their first album with Tom Wilson in the producer's chair. 'Fraternity Of Man' was released on ABC Records in 1968 and featured a cover of 'Oh No I Don't Believe It' by Zappa (which he had yet to release himself), and 'Don't Bogart Me' which was subsequently featured in the film 'Easy Rider' and its huge-selling soundtrack album, issued in 1969.

The second album, again with Tom Wilson producing, was released on Dot Records in 1969, and featured credited session help from Lowell George and pianist Bill Pavne. By the end of 1969, however, Fraternity Of Man were no more. Richard Hayward found himself in a studio with Lowell George again, and with Bill Payne and bassist Roy Estrada (another ex-Mother), the first Little Feat line-up was complete. Elliott Ingber joined Captain Beefheart's Magic Band, appearing first on 'The Spotlight Kid' album in 1972, now with the monicker of 'Winged Eel Fingerling'.
CD-Liner notes 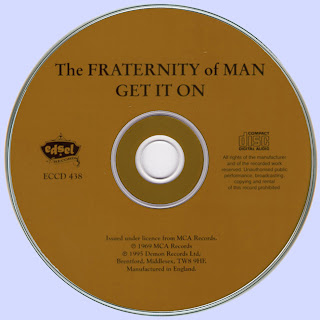