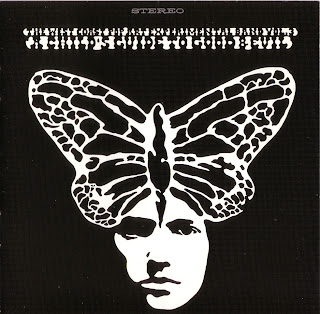 ﻿The West Coast Pop Art Experimental Band was a psychedelic rock band from Los Angeles active during the late 1960s. Formed by the son of an Oklahoma oil tycoon and two aspiring surf rockers, TWCPAEB released their paramount release A Child’s Guide To Good And Evil in 1968. Taking a more rock n’ roll oriented sound than the folkier San Francisco scene, while still remaining poppy and psychedelic as any other group, the band manages to create a unique release that stands out in the horde of similarly veined releases of the ‘60s.

With a rocking sound heavily laden by a fuzzy guitar, and the world music influence (specifically Indian) that inflected the styles of many bands in that era, TWCPAEB leads you through their acid soaked world through infectious melodies, perfectly placed guitar chords, and nonsensically hippie lyrics. Instrumentally sounding like The Doors with an extra member who alternates between sitar and a heavily distorted guitar, the album is perfect for sitting on long green grass on a beautiful day, or journeying through a psychedelic forest, and doesn’t let up with its trip-induced melodies for its short duration (around a half hour). The vocal style alternates between a kind of staccato singing and almost disturbing Talking Tina-esque narration of visions giving another unique aspect to the band’s music.

All the songs are great (besides the worthless closer “Anniversary of World War III,” which is two minutes of silence), with a few top notch entries such as “Eighteen Is Over The Hill,” “Watch Yourself,” the fuzzy “In The Country,” and the eastern influenced “Ritual” tracks. “Eighteen Is Over The Hill” is one of the folk influenced tracks, opting for a softer sound through serene guitars, and a chorus that wouldn’t sound out of place on a Simon and Garfunkel album, while “In The Country” is the polar opposite, a true ancestor to fuzz rock.

The live track “Watch Yourself” is probably the best here, combining all the aspects that made the other tracks great: folky acoustic guitars, fuzz, and catchy vocals, not to mention a sufficient dose of drug-induced psychedelia.

A largely forgotten gem in the mines that are psychedelic rock, A Child’s Guide To Good And Evil should not be overlooked, and if prospective listeners are turned off by the rumors of common lyrics about infatuation with young girls, fear not, for those are fairly quarantined to the band’s sophomore release. A must listen for fans of the genre, and a good listen regardless of your preferences, The West Coast Pop Art Experimental Band created a quirky, unique, and most importantly, satisfying release in the field of psychedelic rock.
by  Tarkus 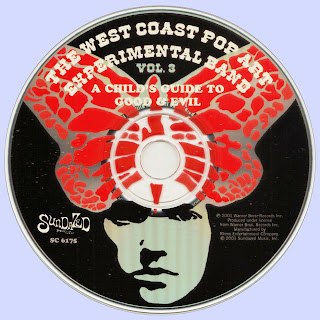 Free Text
Text Host
Posted by Marios at 10:24 AM