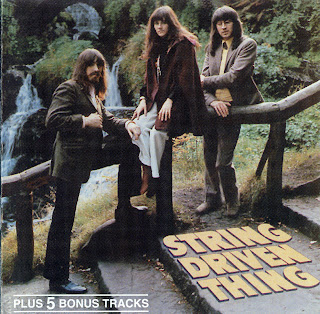 ﻿Collection of songs from 1968 onwards from Scottish folk rockers String Driven Thing. This charts their transition from the three-piece band of Chris Adams (vocals guitar), Pauline Adams (tambourine, vocals) and John Mannion (guitar) to the addition of Grahame Smith on violin and Colin Wilson on bass guitar, which, after John Mannion left, would form the basis of the line-up that signed to Charisma for the two classic albums and the legendary sacking off the Genesis' Foxtrot tour for going down better than the main band (Genesis).

This release fills in the gap between the band forming in 1968 and the four other String Driven Thing CD albums on Ozit-Morpheus Records, "In the Studio '72", "The Machine That Cried", "Suicide Live In Berlin) and Chris Adams' "The Damage").

The Early Years plunders both the LP and the demos to paint a vivid picture of the group's development over that period. Ten tracks are lifted from String Driven the rest are acoustic demos  that leave the story poised on the edge of the band's major-label promotion. 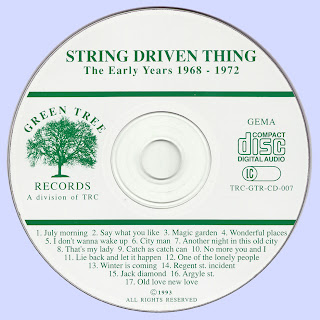