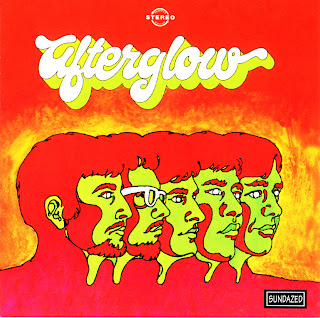 It’s not often that someone gets to live a dream, have it fade away, then live it again four decades later. But that’s what happened for the members of Northern California’s Afterglow. Back in the summer of 1967, they went to San Francisco (in The Summer Of Love no less) and recorded an album that was released on a national label. Then, almost 40 years after they’d given up hope that the record would have any impact on the world, they came to realise that… well… it actually had.

Larry Alexander – the band’s drummer and the member who first came to the revelation that at least some people did know and value their music – tells the story of how Afterglow got together and how the self-titled record was made: “I was a senior in high school. Tony Tecumseh [songwriter and lead guitarist, who was about five years older than the rest of us, had started playing with a bass player and that guy’s wife, in a county in Oregon just across the state border.

They were looking for a drummer and somebody told them about me, so I went up and auditioned for them. Then we decided we needed a singer and rhythm guitar player, so we found Gene Resler, who was singing in a church choir. The couple that had started the band with Tony eventually quit, so we found Ron George [bass] and Roger Swanson [keyboards], who were at that time playing in another band. “We all went to junior college together, then we all went on to Chico State University. All during that time we remained friends, and were playing music together. Some friends we knew who had a band had been down to San Francisco and made a demo at Golden State Recorders, so they told the people there about us.

We sent them a demo tape and they invited us to come down and audition for them. They told us to go back home and come up with 20 original tunes and come back when we were ready. So we did that and we went down and did the recordings. “Leo De Gar Kulka was the owner/producer/engineer of Golden State Recorders. He would sign bands up and have them record at his studio, and then he would try and sell the masters to the major labels. This was the first time any of us had ever been in San Francisco. We were just some country bumpkins who didn’t have a manager or anything, and we’d never been in a professional recording studio before.

We were serious about everything though. Serious about the music and about our friendships. This was an emotional experience for us, making those recordings.” The album, originally released in ’68 on MTA Records, is an endearingly innocent and often tuneful collection of songs fuelled by sweet harmonies and a fresh, breezy feel. Some cheesy Farfisa and the occasional odd time signature give it a subtle garage/experimental feel, and the eerie ‘Susie’s Gone’ is a spacey freakout that could be The Fifty-Foot Hose or The United States Of America.

But for the most part, a gentle touch and hummable melody is what drives the record – it sounds like Preflyteera Byrds meets ‘Rainy Day Mushroom Pillow’ Strawberry Alarm Clock. ‘Riding Home Again’, which enjoyed heavy local airplay around the band’s home turf, is an irresistible, happy-making jewel that really should have been included on the Nuggets box.
by Brian Greene 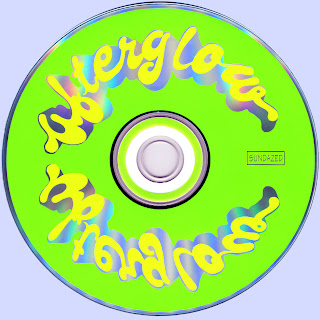