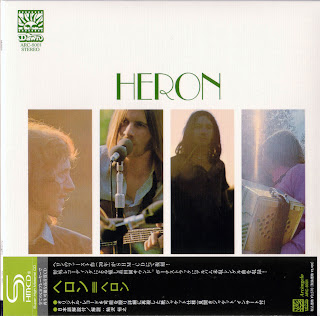 Heron's self-titled debut LP was mild, drummerless British folk-rock with the rural/pastoral feel common to many early-'70s records in the style. That pastoral feel, in this particular case, might have been in part deliberate; the record was actually recorded in a field by the River Thames, and though the sound quality is very good, you can occasionally hear some birds and faint ambient outdoor noises.

The music is very friendly, acoustic guitar-based stuff that, as improbable as such a blend may seem, is a little like a combination of Simon & Garfunkel with the Incredible String Band, though there aren't many of the weirder elements of the latter. You might also cite the most acoustic and folky Paul McCartney ballads of the late '60s and early '70s (à la "Blackbird") and the harmonies of Crosby, Stills and Nash as less prominent influences. Some organ, piano, and accordion add a little depth to what's essentially an acoustic folk base.

In common with a lot of records with obvious points of comparison to famous acts, however, the songs themselves aren't nearly as distinguished as those of the artists mentioned earlier in this review. That doesn't mean it's without its pluses, however. It's a fresh and youthful, if naïve, effort, with "Upon Reflection" being both the most memorable track and the one that is most reminiscent of early Simon & Garfunkel.
by Richie Unterberger 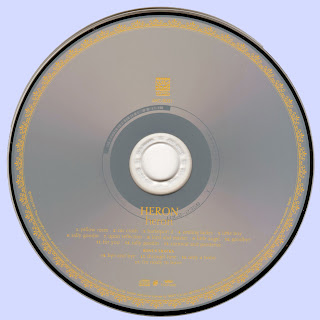 Free Text
Text Host
Posted by Marios at 5:30 AM