The Shamrocks - Smoke Rings Around The Cadillac (1964-68 sweden, stunning r 'n' b with garage drops) 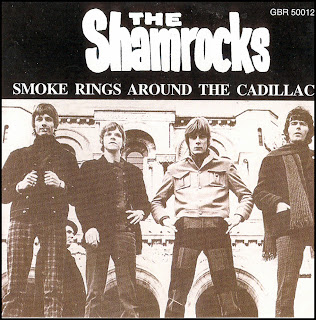 The Shamrocks, not to be mixed up with The Swiss Shamrocks or the UK band.

Sweden 1962, Bjorn and Jan joined together with Bernt and Goran and formed a band, calling themselves The Shamrocks. At the time, their music was inspired by The Shadows. They did their first performance as an instrumental group. Some months later, a singer named Dick Emretzon joined.

After their military service, they started an intense search for new members, which resulted in a very successful constellation, featuring Jimmy Lindskog on guitar and Dieter Feichtinger on bass. At Kingside Club in Stockholm they won a talent competition which resulted in a recording contract with Karusell Records. They adopted the Renegades song "Cadillac" and were called "The Scandinavian Beatles". Karusell then was bought by the big German record company Polydor, which had an international repertoire.

The Shamrocks were transferred to Polydor as one of the label’s international star groups. The Shamrocks now touring through Europe. In 1966 they did their first performances in Paris, France. ”Cadillac” had reached the charts, and they performed at famous places like Top Ten and Moulin Rouge. Later in the year, The Shamrocks did their first tour in England, appearing on the same stages as The Hollies, The Moody Blues, The Mindbenders, Paul & Barry Ryan, Georgie Fame, Marianne Faithfull and others.

Finally they did a concert at the famous Olympia, one of the most prominent music halls in the world. This time they appeared with the King of Rock’n’Roll himself: Jerry Lee Lewis. After Jan Granaht left the group in 1967, Bjorn, Dieter and Kent decided to go on as a trio. A new image was disussed, trying out more visual effects. Together with a ”fireworks artist”, a tremendous firework show was put together: water-falls, smokescreens, Bengal fires, showers of sparks – you name it...

The group returned to Germany for a farewell concert at the Beethovenhalle in Bonn. And then Kent remained in Bonn after this last gig. After a while Bjorn and Dieter decided to make one last ”thanks and farewell”-tour in Germany.
by Martin Lundstrom 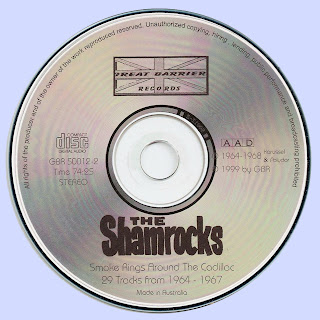 Free Text
the Free Text
Posted by Marios at 5:56 PM