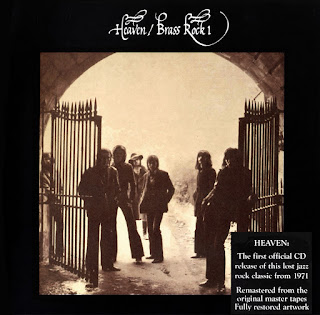 A nine man band with a five man horn section comprising everything from trombone to clarinet and flutes, two guitarists who where also the alternating lead singers (one harsh the other softer), a very dynamic drummer and a competent bass player; no keyboards except some acoustic piano on a couple of a tracks; all this translates in a muscular sound, often reminding B.S&T or Chicago not only because of the brass arrangements (which also have a soundtrack quality sometimes), but also on the vocals (an (even) more powerful David Clayton Thomas) or the guitar sound and style that sometimes reminds Terry Kath’s. But some amateurism is felt on some of the horn players, which are not so skilled as those in the aforementioned bands and that at times seem to struggle to get a fluid sound on the complex arrangements; the song writing is rich and diversified.

The album starts with a Riff based Rock Blues, powered by a raucous double guitar attack and harsh vocals, with a swinging jazzy brass arranged middle part, and some adventurous wah filtered guitar;“This Time Tomorrow” is an instrumental track with a 6/8 Spanish feel, a softer acoustic guitar and flutes part, and a faster one with double e-guitar leads and nice horns harmonizing.Back to up tempo, this time with a Country feel and very Chicago-ish horns is “Never Say Die” whereas “Come Back” has a 60’s feel, soft voice and pop flavoured vocal line often broken by hi-speed drum fills, guitar, brass and flute urgent grooves and even a distorted guitar solo – somewhat surprising…

Things get more proggy with “Song for Chaos” that starts with a mid tempo pumping bass driven 60’s vocal feel, changes to harsh vocals over a driving jazz rock pattern, a quiet brass interlude, a ethnic hand clapped part, swinging brass arrangements with guitar solo on top, a calm Spanish trumpet part over piano backing, and then a rolling distant bass lays the basis for a raunchy guitar lead as the intro part resumes.

“Morning Coffee” is another instrumental with quiet flutes arrangements enriched by some brass over clear guitar chords; a nice octaves jazzy guitar solo graces the middle part. With “Number One” things get back to Jazz Rock with blistering guitar riffs, harsh vocals and blaring horns ,the some being true for “Number Two” which has a more swinging vibe (more B.S.&T sounding too).

“Dawning” that opens with sea and seagulls sounds has Yes like vocals over gentle double acoustic guitars arpeggios, piano backing and soaring flute lines; the sea sounds make the transition to “Got to Get Away” which starts with a melancholic bass fiddle soon joined by flugelhorn and clarinet; a bubbling bass introduces a vocal line on top gentle strummed e-guitar and staccato horns; it builds up with backing vocals and more horn arrangements; the drum enters to support a nice eastern sounding sax; Latin percussions and slide guitar chords and solos speed things up; the song climaxes with the two guitars trading solos and blaring horns as the vocals theme is reintroduced.
by Micheal Cooper 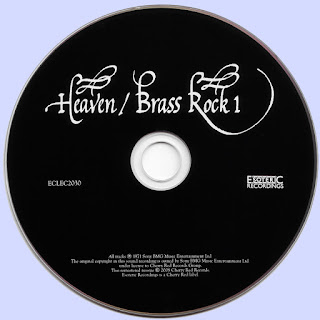 Free Text
the Free Text
Posted by Marios at 12:07 PM 3 comments: Links to this post