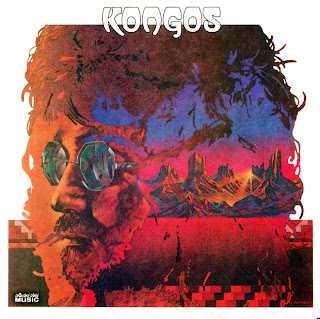 To most of the British public in the early 1970s, John Kongos was a passing two-hit wonder, known solely for his two 1971 #4 hits, "He's Gonna Step on You Again" and "Tokoloshe Man." Yet his career was already into its second decade and second continent, and was heavily intersecting with budding superstar Elton John's orbit by the dawn of the '70s. The reverberations of those two hit songs would be felt into the 1990s, via a hit cover of one of them and, more importantly, the ad infinitum use of a production technique pioneered by that same recording. In the US, despite the small splash that same track made in 1971, he remains virtually unknown, although his Kongos album (containing both hits) was picked up for Stateside distribution by the prestigious Elektra label.

Though only in his mid-twenties by the time "He's Gonna Step on You Again" climbed the UK charts, John Kongos had actually started recording way back in the early 1960s, as a teenager in the South African band the Dukes. The Johannesburg native recorded prolifically in South Africa as part of first the Dukes and, starting in 1962, Johnny Kongos & the G-Men. By 1966 he'd moved to England to try and crack the British Invasion explosion, doing a solo single for Piccadilly before heading the band Floribunda Rose (which made just one '67 single) and the more psych-pop Scrugg, who issued three 45s in the late '60s. The Kongos-penned debut Scruggs single "Everyone Can See"/"I Wish I Was Five" in particular was a quite respectable piece of trendy pop-psychedelia with groovy cathedral-toned organ, the latter song eventually getting anthologized on Rhino's Nuggets II box set of non-US '60s garage-psychedelic music.

Whatever name Kongos's projects were going by, none of his Piccadilly/Pye singles made a commercial impact, and by the end of the 1960s he'd gone the solo singer-songwriter route. Switching to Pye's new progressive subsidiary Dawn, his 1969 LP Confusions About a Goldfish was mild, introspective work that in places recalled the similarly tentative early singer-songwriting-pop efforts of the young David Bowie and Elton John. (All of Kongos's Piccadilly and Pye work, incidentally -- including the solo, Floribunda Rose, and Scrugg singles, as well as the entire Confusions About a Goldfish album -- has been reissued on the Castle CD anthology Lavender Popcorn.) That borne in mind, it's perhaps no surprise that his next album, Kongos, would be produced by a man who had already worked with both Bowie and John, Gus Dudgeon.

The Kongos-penned "Won't You Join Me" had been a big European hit (particularly in West Germany) for the Israeli-born actress Daliah Lavi (mostly known in the US for her role as "The Detainer" in the James Bond spoof Casino Royale), providing enough royalties for Kongos to put together a home basement recording studio. His home-produced demo of "He's Gonna Step on You Again" opened the door to working with Gus Dudgeon, who by that time had produced David Bowie's 1969 hit "Space Oddity." Dudgeon had also started his long stint as Elton John's producer, which would last through the singer-songwriter's rise to superstardom and include John's most popular 1970s singles and albums. Dudgeon's other credits included production for the Bonzo Dog Band, Ralph McTell, cult British folk-rocker Michael Chapman, and Ten Years After, as well as engineering for the likes of John Mayall and Marianne Faithfull.

Most of the musicians on the Kongos album were also sidekicks on early Elton John recordings, including guitarist Caleb Quaye, percussionist Ray Cooper, bassist Dave Glover, drummer Roger Pope, and backup singers Sue Glover and Sunny Leslie. (Also making appearances were fellow Dudgeon client Ralph McTell, on guitar, and eccentric avant-jazz-rock saxophonist Lol Coxhill.) It could have surprised few, then, that several of the tracks -? such as "Lift Me from the Ground," "I Would Have a Good Time," "Try to Touch Just One," and the gospel-influenced "Jubilee Cloud" (which sounded rather like a British variation of the gospel-rock of Norman Greenbaum's smash "Spirit in the Sky") -- boasted arrangements similar to those heard on early Elton John records. For "Tomorrow I'll Go," Kongos reached into his back catalog and remade one of his songs from Confusions About a Goldfish, this time with a less soppy approach. Indeed, Kongos as a whole was considerably more forceful and less gawky than its predecessor.

But the songs that got by far the most attention were the two hit singles, based around far heavier, almost jungle-like rhythms. "He's Gonna Step on You Again" used a tape loop of actual African tribal drums, and was eventually cited by The Guinness Book of Records as the first sample ever used on a record. Recognizing a good thing when he found one, Kongos's follow-up single "Tokoloshe Man" was also anchored by tribal stomp beats and almost disembodied, half-shouted vocals. The lyrics of both tunes, too, were most enigmatic, the target of "He's Gonna Step on You Again" coming off as a combination of roguish seducer and imperialist conqueror. Perhaps he's the same strange cat as the "Tokoloshe Man," which strongly hints at turning to Jesus Christ for help in warding off the Tokoloshe Man's mysterious threat in its final lines. That's just one of numerous references to Jesus in the album's lyrics, with "Come on Down Jesus" even name-checking the man in its song title.

It's been speculated that producer Mike Leander was influenced by the strange beats and noises on Kongos's pair of hits when crafting Gary Glitter's glam sound. And certainly, those songs were still remembered well by British musicians decades later, as the Happy Mondays took a cover of "He's Gonna Step on You Again" (retitled "Step On") to #5 in the UK in 1990, also covering "Tokoloshe Man" for good measure. The original "He's Gonna Step on You Again"'s impact in the US was relatively modest, however, reaching just #70 in 1971, though at least Kongos found release on the Elektra label, and now via this Collectors' Choice Music reissue.

Though the LP made #29 in Britain (on the Fly label, also home of T. Rex in early '70s), Kongos would thereafter vanish from the charts. But his surprising career path kept him in the industry, as engineer, producer, session musician, TV jingle and theme composer, and songwriter, with Sylvie Vartan scoring a big French hit with his "Ride the Lightning." And eventually, he would handle the programming of the Fairlight synthesizer on Def Leppard's #2-charting 1983 album Pyromania -- an interest foreshadowed, perhaps, by his then-futuristic use of synthesizer on one of Kongos's tracks, "Try to Touch Just One."
by Richie Unterberger 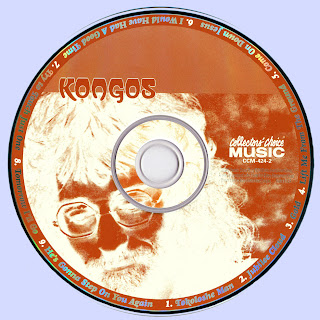